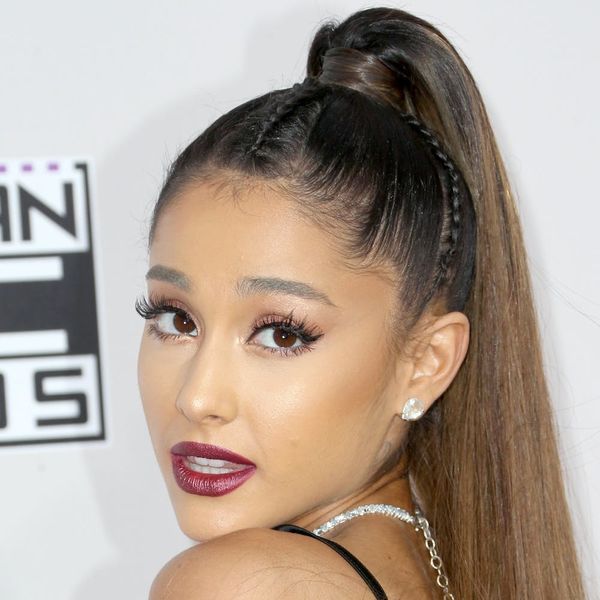 In Hollywood, it seems like celebs change their hair every other week, but sans for a brief flirtation with platinum blonde and the addition of bangs to her famous ponytail, Ariana Grande’s look has remained pretty consistent in recent years. Until now, that is!

The 24-year-old just took to Instagram to unveil her most shocking tress transformation yet with a silver-haired selfie we had to see to believe.

While it’s entirely possible that the look is courtesy of a wig — Grande has been plenty vocal about the fact that she wears hairpieces as a result of serious damage from years of bleaching and dyeing her hair red for her role on the Nickelodean show Sam & Cat — her hairstylist, Chris Appleton, also took to Instagram to take credit for her new look.

Who loves @arianagrande silver hair as much as me? 💖 #chrisappletonhair

“LOVE the silver vibes on @arianagrande,” captioned her shared snap, along with another on which he wrote, “Who loves @arianagrande silver hair as much as me?”

Considering that Appleton is also the man behind Kim Kardashian West’s recent silvery platinum transformation, if there’s anyone who could safely pull off the dye job on Grande, it would be him.

Whether the new look is permanent or otherwise, however, it’s definitely stunning! Looking gorge, Ari.

What do you think of Ariana’s new look? Share with us @BritandCo.

Nicole Briese
Nicole is the weekend editor for Brit + Co who loves bringing you all the latest buzz. When she's not busy typing away into the wee hours, you can usually find her canoodling with her fur babies, rooting around in a bookstore, or rocking out at a concert of some sort (Guns N' Roses forever!). Check out all her latest musings and past work at nicolebjean.com.
Celebrity Hair
Hair
Celebrity Hair Hair Hair Color hair dye
More From Hair