Ariana Grande’s ‘Thank U, Next’ Bloopers Reel Is Even Funnier Than the Original Video 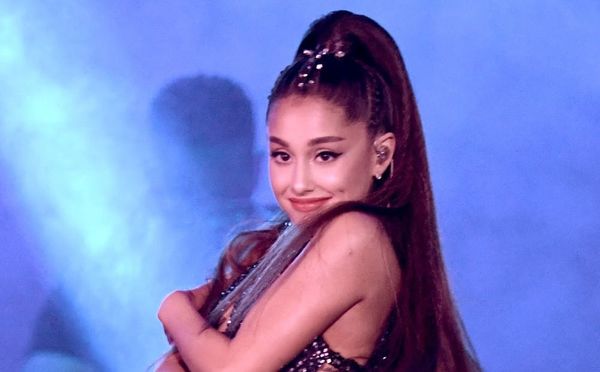 We’re not ready to say “Thank U, Next” to Ariana Grande’s hit song just yet. The singer just released a series of bloopers and a deleted scene from the rom-com spoofing original video, and it makes us love the track even more.

The new video starts off with a deleted scene that didn’t make the final video cut, featuring Grande and guest star Jennifer Coolidge recreating yet another classic scene from Legally Blonde. Grande plays herself instead of Witherspoon’s Elle Woods in the role of Paulette’s lawyer, as the two show up to get Paulette’s dog back from her ex.

Following the deleted scene, the clip shows a montage of bloopers, many of which feature Grande cracking up at Coolidge’s scenes. We also get to see a supercut of the Sweetener singer shoving her friend Troye Sivan into a row of lockers, as well as an adorable scene of her and her Victorious costar Matt Bennett laughing hysterically while brushing their teeth together.

The star of the clip, once again, though, is none other than Kris Jenner, who plays Grande’s “cool” mom in the audience during the Christmas recital scene. “When I was raising Ariana, I always told her that if a guy ever f**ks with her, she should just say ‘Thank u, next,'” Jenner says, leaning over to the woman sitting beside her. “And if she ever had sex without a condom, she would get Chlamydia and die!”

Jenner also busts out some dance moves in the aisle of the school gymnasium as she turns the camcorder on herself. Next up, we’d like to see a full-length video of just that footage, please.

What was your favorite scene from the “Thank U, Next” blooper video? Let us know @BritandCo!