Ariana Grande Released a ‘Thank U, Next’ Lyric Video So You Won’t Miss a Word 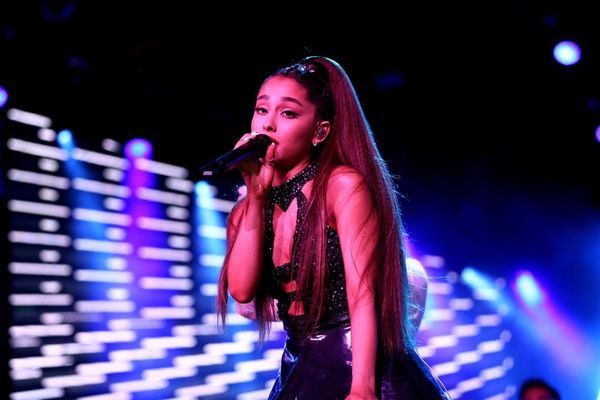 Ariana Grande’s fans haven’t been able to stop singing about the singer’s exes since she dropped “Thank U, Next” this past weekend. But just to make sure that you’re nailing each line, Grande has now released a lyric video that spells out every last word.

The “God Is a Woman” performer used the song to address her past relationships, naming former partners including her ex-fiancé Pete Davidson, Big Sean, Ricky Alvarez, and the late Mac Miller.

“Thought I’d end up with Sean / But he wasn’t a match / Wrote some songs about Ricky / Now I listen and laugh,” she sings. “Even almost got married / And for Pete, I’m so thankful / Wish I could say, ‘Thank you’ to Malcolm / ‘Cause he was an angel.”

Grande previously took to Twitter to explain the meaning behind the song, writing, “no drags…. no shade….. jus love, gratitude, acceptance, honesty, forgiveness … and growth.” She added that it’s about “a new chapter. gratitude, growth, embracing our path bumps n all …. thank u, next.”

She also said there’s more to come. “i’m gonna jus keep creating and putting stuff out as i please. it feels good to my soul and i love keeping the kids fed,” she wrote. “thank u. for hearing me and for making me feel so not alone. i truly am grateful. no matter how painful! i’m thankful and i love u. breathin visual this week too! thank u, next”

Were you nailing all of the words to Ariana’s new song? Tweet us @BritandCo.