People Have a Lot of Feelings About Arie Luyendyk Jr. As the Next Bachelor 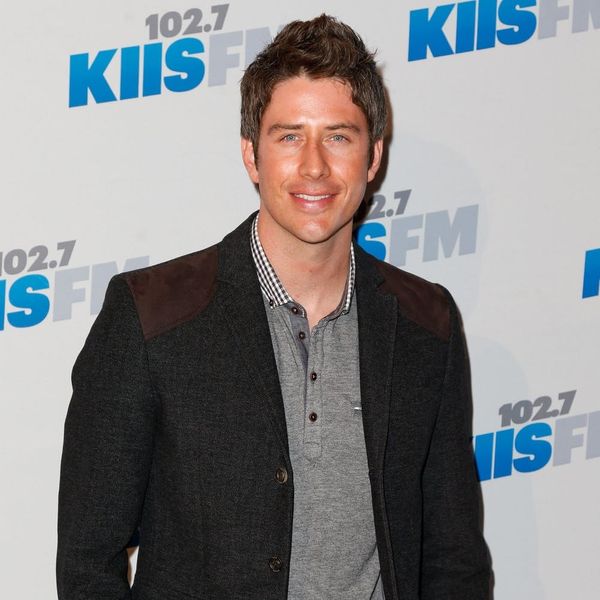 The announcement of a new Bachelor or Bachelorette is always met with mixed reactions, but this season’s big reveal has sparked a particularly passionate response, perhaps because of the long build-up and Mike Fleiss’s incessant social media teases. Many Bachelor Nation fans were hoping that the next leading man would be someone from Rachel Lindsay or JoJo Fletcher’s Bachelorette seasons — Peter Kraus, Eric Bigger, and Wells Adams were the top vote-getters on Twitter — but Bachelor producers went even further back in time, to season eight Bachelorette alum Arie Luyendyk Jr.

“This is pretty surreal,” 35-year-old Luyendyk Jr. told People shortly after his new gig was announced. “It doesn’t really feel real yet, but I’m taking it step by step. The timing is just so perfect in my life. I could not be more excited for this journey I’m about to embark on.”

Some fans share his excitement, but others are less enthused.

Literally thought this was from SNL https://t.co/VMPjUNbA8S

While others were just confused…

When I found out who the next bachelor is. #TheBachelor #bachelornation pic.twitter.com/LDmGlYWHsY

when i see who the new bachelor is pic.twitter.com/jVXvm4RrEL

And some were downright disappointed…

Raise your hand if you feel personally victimized by @BachelorABC choice for the new bachelor #thebachelor #bachelor pic.twitter.com/JPv8iu7Qx2

I'm sorry WHO is the new bachelor???? Oh, sorry it sounded like you didn't say "Peter", could you try that again? Thanks

So… the new bachelor isnt peter? Ok then .. I'm out ✌🏽 #TheBachelor pic.twitter.com/d8MVZ60ivZ

Bachelor nation is not happy pic.twitter.com/OxV410m8mx

My schedule is really about to free up since I have zero interest in the next bachelor. #TheBachelor pic.twitter.com/ZwsAhEFpBp

Don't talk to me today I'm mourning the bachelor franchise

But there are also those who are thrilled about the new Bachelor and totally ready to join Luyendyk Jr. on his romantic journey…

I finally approve of your bachelor pick for the first time in a long time.

I've been waiting YEARS for this! TRUST us newer #Bachelor fans… this is a CLASS ACT! Can't wait to watch this unfold!!!!!! 🙏🌹❤️

I'm ok with this pick. Arie was my favorite on Emily's season and he's older and has the prettiest blue eyeballs #bachelor

You're not a true @BachelorABC fan if you don't know who @ariejr is. Kind of excited for a more mature bachelor! Let's do this!

And frankly, they make some good points…

If you're wondering how I'm being won over on Arie being the next Bachelor it's basically because of this #TheBachelor pic.twitter.com/TB6EMUzurX

We’ll just have to see if the new leading man can win over Bachelor Nation and find true love while the cameras are rolling. “I just want to find that spark with somebody,” he told People. “I want someone to share my life with. I feel like it’s my time. I’m going into this with an open heart.” Let’s hope fans do the same.

How do you feel about Arie Luyendyk Jr. as the new Bachelor? Let us know @BritandCo!