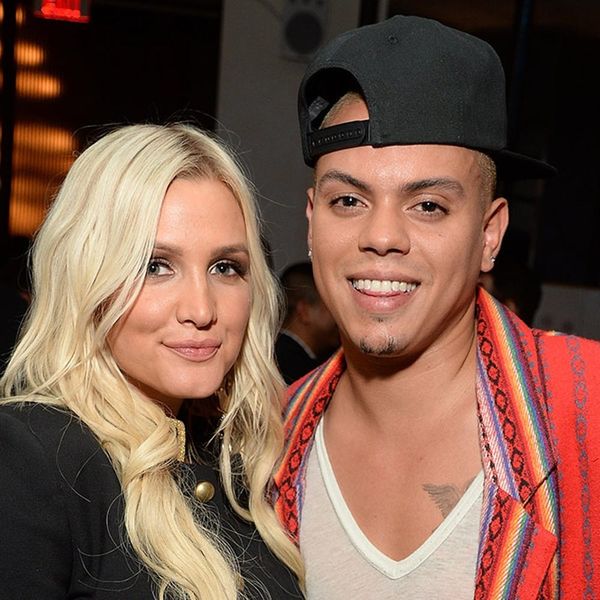 Way back in 2004, Ashlee Simpson was a fresh-faced teen who had just moved out on her own, signed a record deal, and was ready to take on the world. Thanks to The Ashlee Simpson show, we got to watch every step that she made. Now, the star’s life is very different, and, once again we’ll get to watch.

The 33-year-old mother of two and her actor-musician husband Evan Ross (the son of the fabulously iconic Diana Ross) will be stepping back in front of the camera for a show currently titled Ashlee and Evan. The E! docuseries will focus on the couple’s personal and professional lives as they try to balance being parents with the daunting task of recording their first duet album together — an album Simpson has been talking about since at least 2016.

Looking at the pair’s respective discographies, it’s easy to see how this album might feel high-pressure. Simpson quickly followed her 2004 debut album, Autobiography, with 2005’s I Am Me, but her 2008 follow-up Bittersweet World remains her last completed album to date. Ross, on the other hand, began recording his debut album back in 2007; after four years in the studio, he released a single “Yes Me” in 2011 followed by a second single, “How To Live Alone,” another four years later. The album he set out to create in 2007 remains unreleased.

While no premiere date for Ashlee and Evan’s new reality show has been set, we’re sure fans will be eagerly marking their calendars as soon as it’s announced.

Will you be watching Ashlee Simpson’s new reality show? Let us know @BritandCo!