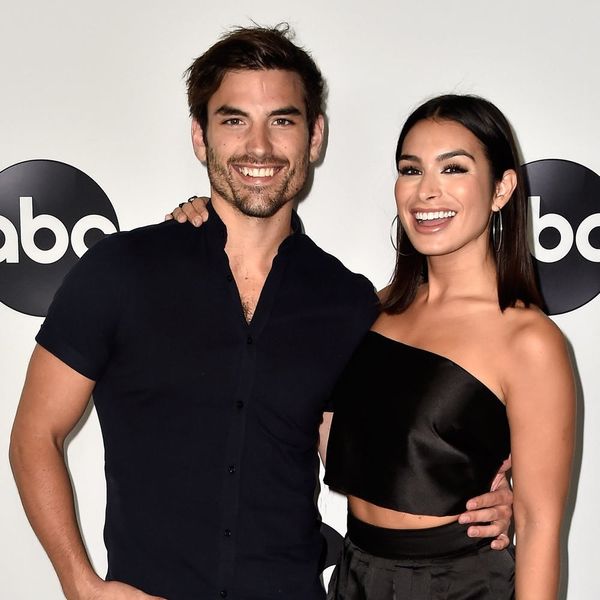 When Jared Haibon and Ashley Iaconetti got engaged back in June, they added another chapter to a love story that started way back in season 2 of Bachelor in Paradise. And it was apparently a very long chapter, as Iaconetti just revealed to Us Weekly that her fiance’s proposal set a Bachelor franchise record.

“We just know that he had the longest proposal of all Bachelor history apparently,” the bride-to-be told Us Weekly at Clayton and Ellen Kershaw’s 6th Annual Ping Pong 4 Purpose event at Dodger Stadium in LA on August 23. It was so long, in fact, that BIP producers have to “cut it down” to fit it into the show.

“It’s that one moment for everybody, right?” Haibon told Us Weekly of popping the question. “Everybody just dreams about getting engaged, where they would do it, and how they would do it. Here I am, standing, talking, and in, like, a minute I know I’m going to be pulling out the ring and getting down on one knee. I’m like, ‘No, I don’t want that to happen yet. It’s my one moment. I need to enjoy this as long as I possibly can.'”

Now that all is said and done, though, he’s worried about how it’ll play out on TV. “During the engagement, I was nervous, and I think I said everything well, but now it’s going to [be] played back to millions of people, and I’m like, ‘Oh man, did I sound like a jackass?'”

Iaconetti, for one, thinks he did “the best job.” And her opinion on the subject is really the only one that matters.

The pair are still working out the details of their nuptials — including the possibility of airing their ceremony on TV — but they’re currently aiming for a September wedding in Haibon’s home state of Rhode Island.

Would you like to see Jared’s full proposal on BiP? Tell us @BritandCo!

Desiree O
Desirée O is a ‘Professional Bohemian’ who loves anything and everything related to the arts, entertainment, and pop culture. She ADORES being a ‘Newsy’ for Brit + Co, covering all of the latest tidbits of awesomeness that you want to read about. When she’s not writing, she’s either making messy art, going on long adventurous walks with her camera, or poking around over at bohemianizm (http://www.bohemianizm.com/). You can find out about Desirée O and her work at http://DesireeO.com/ or follow her on Twitter @DesireeO.
The Bachelor
TV
The Bachelor The Bachelorette TV
More From TV