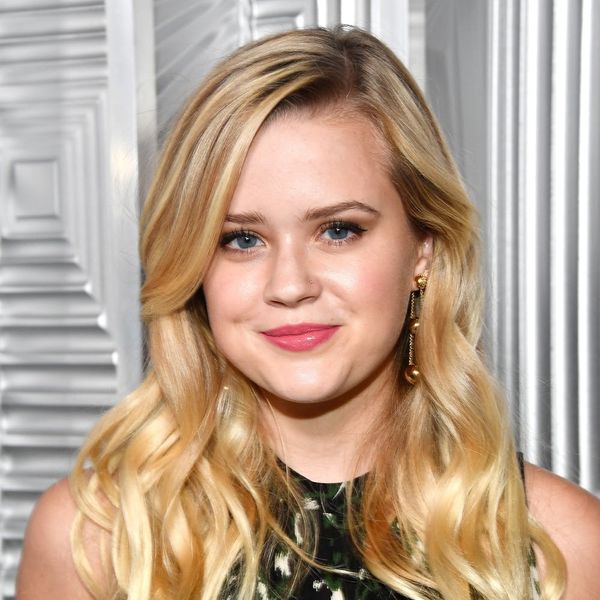 At just 18 years old, Ava Phillippe is already a red carpet vet, having donned many a fashionable ensemble alongside her lookalike mother, Reese Witherspoon, over the years. But the fairy-tale style moment the teen had last night for her official debut in Paris was one for the storybooks.

After stepping out for her first solo event back in September for the launch dinner for Chanel No. 5 L’eau, the daughter of Witherspoon and actor Ryan Phillippe attended the Parisian debutante ball, le Bal des Débutantes, last night in a breathtaking Giambattista Valli Haute Couture gown that was fit for a princess, as documented by Vogue Brasil writer Bruno Astuto.

The scene had us flashing back to The Princess Diaries as Phillippe curtsied and offered her hand to her escort for the evening, Maharaja Padmanabh Singh of Jaipur (a polo acquantaince of Prince William) for a first dance waltz set to the soundtrack of La La Land as onlookers crowded around.

Her stunning dress twirled with her every move, making the young starlet look every bit a monarch of style with its gold diamond-print pattern and netted overlay.

.@rwitherspoon was the proudest mom watching her daughter perform the waltz in Paris: https://t.co/BQiJbfr5E3

The ball, which was launched back in 1992 by Ophélie Renouard and features prominent young women the world over (Scout and Tallulah Willis as well as Sophia Rose Stallone have all debuted in years prior), was held at the The Peninsula Paris and included no less than 20 gorgeous guests of honor.

Still, it was Phillippe who stood out from the bunch, all smiles while posing alongside her proud mom.

What do you think of Ava’s stunning look? Share with us @BritandCo.

Nicole Briese
Nicole is the weekend editor for Brit + Co who loves bringing you all the latest buzz. When she's not busy typing away into the wee hours, you can usually find her canoodling with her fur babies, rooting around in a bookstore, or rocking out at a concert of some sort (Guns N' Roses forever!). Check out all her latest musings and past work at nicolebjean.com.
Celebrities
Celeb Style
Celebrities Dresses Reese Witherspoon