Avoid These 6 Drinks to Prevent a Hangover 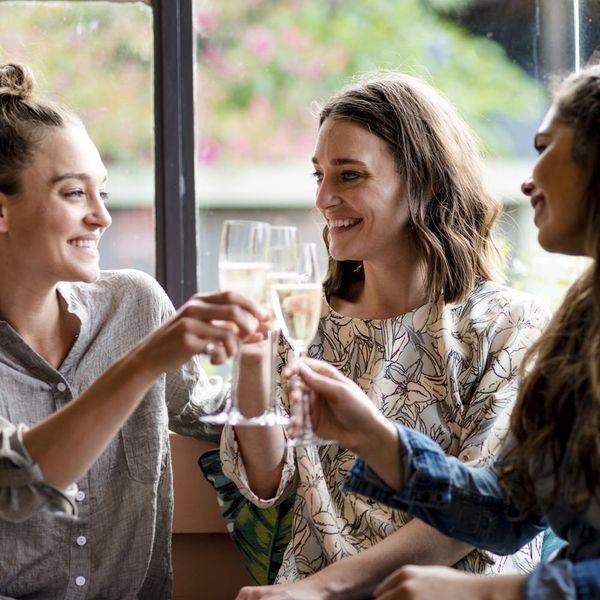 From time to time (okay, most weekends), we can get a little carried away when it comes to our cocktails. And inevitably, we wind up paying for it the next day. We’ve tried all the please-help-me-now hangover-curing workouts, next-day hangover recipes and even ancient hangover helpers like kudzu. But you can actually stop your hangover before it even starts if you’re just a little wiser about your drink selections (and of course, drink water between rounds). Unless you actually like waking up with a splitting headache and sitting in the dark all day after a night out, here are the six types of beverages you should avoid.

1. Margaritas: We hate to say it, but your favorite chips-and-salsa co-pilot is basically hangover fuel. Most margaritas are made with super sugary, artificial mixers. And since they go down so easy, you’re likely to have more than you should.

2. Bourbon: A general rule: If it makes you feel like a hard-drinking cowgirl at the bar, it probably will the next day too. Bourbon, like all dark liquors, contains a high amount of congeners (the stuff other than alcohol that goes into a drink when it’s fermented and contributes to getting you drunk). And actually, it’s one of the worst: Bourbon has eight times as many congeners as gin, and thirty times as much as vodka. Yeehaw!

3. Rum and Coke: You’ve got two factors working against you here: The dark liquor and the sugar. Opting for Diet Coke isn’t the answer, because that contains its own whole world of nutritionally questionable ingredients. And anyway, lots of cheap rums are mostly sugar themselves. If you really want the taste of a rum and coke, splurge a little for higher quality rum, like Bacardi, and ask for a splash of ginger beer.

4. Sparkling Wine/Champagne: We’re never ones to pass on popping some bubbly, but you have to be careful when you do. The extra fermentation that makes it fizzy ups the alcohol content, and the bubbles speed up alcohol absorption as you’re drinking.

5. Long Island Iced Teas: Yes, you’re paying the same amount for way more alcohol. But this really isn’t a recommended way to save money. In addition to the five different liquors in Long Island Iced Teas, they’re also heavily sweetened with coke and simple syrup, which compounds the hangover risk.

6. Stouts: Some schools of thought believe beer is plenty hydrating, but stouts definitely don’t qualify. The same rules about dark liquor apply to dark beers. The deep color comes from all the extra congeners. Just think about how you feel the day after lots of Guinness on St. Patty’s. Not awesome.

What’s your go-to drink? Tweet us your picks @BritandCo.