Move Over, Pancakes: These 12 Maple Cocktails Require ALL the Syrup 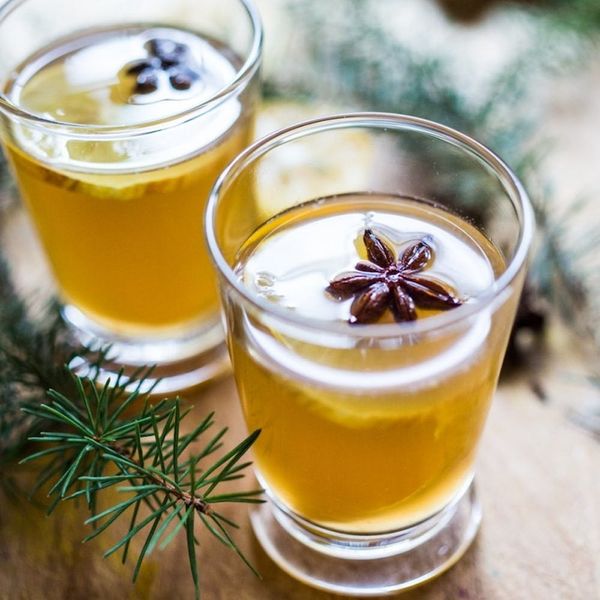 Admit it: When the weather turns cooler, your diet basically becomes that of Buddy the Elf. That means candy, candy corns, candy canes, and syrup will be your main food groups. Instead of pouring maple syrup all over your spaghetti like he does, try mixing it into your favorite cocktails. Whether they’re bourbon-based or laced with rum, the sticky sweetener is perfect for winter libations. If you still need convincing, check out the 12 cocktail recipes below that are like having a maple tree tapped in your backyard all year long.

1. Cinnamon Maple Whiskey Sour: Give your typical whiskey sour a sweet and spicy twist with cinnamon and a splash of maple syrup. Truth be told, you may not be able to go back to regular simple syrup again. (via Cookie and Kate)

2. Cranberry Maple Bourbon Cocktail: This holly jolly cranberry maple cocktail is perfect for all of your holiday soirees. Garnish with sugared cranberries and an orange wedge to make it extra festive. (via Lemon Blossoms)

3. Spiced Maple Manhattan: The maple syrup echoes the sweetness of the rye, and the slight warming spices are like autumn in a glass. (via Crumb Blog)

4. Maple Honeycrisp Margaritas: You shouldn’t have to give up your margarita nights when the seasons change. The next time you go apple picking, whip up these margs afterward to enjoy the fruits of your labor. (via How Sweet It Is)

5. Maple New York Sour: If you’ve never had a New York sour, now is the time. You don’t have to choose between a whiskey sour or a glass of wine, because this drink combines the two for a sweet and tangy nightcap. (via Cookie and Kate)

6. Figgy Maple Bourbon Fizz: This cocktail gets its fizz from ginger beer, sweetness from maple, and a kick from the bourbon. (via Cheese and Chocolate)

7. Cold Brew Bourbon Cocktail: There are times when you need a pick-me-up, but you also want a second to chill. Those moments call for a stout cold brew cocktail that’s spiked with bourbon and sweetened with a hint of maple syrup. (via The Gastronom)

8. Maple 43 Cocktail: When a cocktail is garnished with a maple-soaked mini waffle, you happily accept and don’t ask questions. (via Food Fanatic)

9. Pear and Bourbon Smash: Winter fruits like pear and apple are perfect to pair with maple syrup and bourbon. This bourbon smash has half of a pear in each glass and is full of whole fruit flavor. (via Just a Little Bit of Bacon)

10. Chai Tea Cocktail: There’s something about the warmth of chai spice that begs to be mixed with maple-infused whiskey. This cocktail is iced, but you could easily warm the milk on the stove to make a steamy version. (via The Glitter Guide)

11. Maple Lime Bourbon Beer Cocktail: You might not think lime would get along with maple, but it’s actually a stellar flavor combo. The beer and bourbon aren’t bad either. (via Flora Foodie)

12. A Long Winter’s Nap: You’ll feel like a snooze is on the horizon with this aromatic drink. Flavor it with everything from whole allspice pods to pine needles. (via Feasting at Home)

From Your Site Articles
Paige Johnson
Paige is a blogger, food writer and culinary master from Louisville, Ky. She's a newlywed who's obsessed with dogs and renovating her 117 year old home. When she's not working on her blog — My Modern Cookery — you can find her binge watching F.R.I.E.N.D.S with a triple shot latte in-hand.
Drink
Cocktails
Drink Holiday Recipes recipe roundup
The Conversation