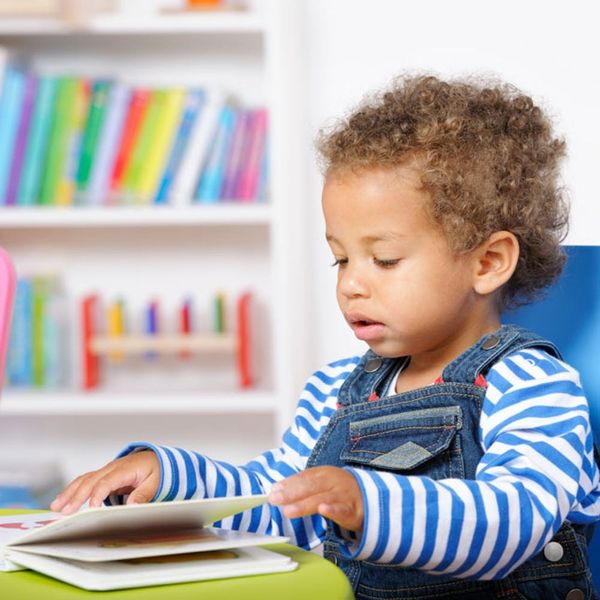 Some children’s books are going to be bookshelf staples forever, what with their universal messages and cherished characters. That’s why they make such great fodder for creative baby names. Even if they inspire slightly offbeat or old-fashioned names, they’ll always remind folks of classic heroes and heroines from their youth. Check out some of the most beloved monikers below.

1. Alexander: This classic boys’ name is a top 10 choice for many reasons, but we particularly love the lesson about perseverance in the face of a Terrible, Horrible, No Good, Very Bad Day.

2. Amos: If you’re looking for a throwback name, your kid could share this biblical name with the zoo-loving character from A Sick Day for Amos McGee.

3. Arthur: A-A-R-D-V-A-R-K! Before Arthur Read made it to the small screen on PBS, he was the hero of Arthur’s Nose. Plus, when your little Artie gets older he can also relate to King Arthur and His Knights of the Round Table.

4. Clifford: Sure, in the books, Clifford is a Big Red Dog, but he’s got a super cool name that lends itself to an even cooler nickname — Cliff.

5. Ferdinand: The Story of Ferdinand is a story of peace, while the name itself means “bold voyager.”

6. George: The name George is classic and enduring, just like the Curious George books.

7. Harold: Your little chosen one can go by Harry — as in Potter or the Dirty Dog, two kids’ faves — or stick with the original inspiration, Harold and the Purple Crayon.

8. Hugo: Not only will your boy share a name with a rich illustrated tale (we’re talking about The Invention of Hugo Cabret), but he’ll also have the gorgeous 2011 Martin Scorsese film too.

9. Max: Because no matter what you name your son, every time you see him you’ll still want to shout, “We’ll eat you up, we love you so!” à la Where the Wild Things Are.

10. Milo: One day when your kid tells you he’s soooo boooored, whip out The Phantom Tollbooth and let his namesake teach him a thing or two.

11. Neville: The once-underrated but always-beloved character of Neville Longbottom more than proved himself to be a brave Gryffindor, and don’t forget he was almost the Chosen One himself.

12. Peter: Peter is one of those storybook names your boy will find himself coming across again and again, whether it’s The Snowy Day, The Tale of Peter Rabbit or The Chronicles of Narnia.

13. Robin: Looking for a unisex name? Robin is underused for boys, but it keeps great company with Robin Hood (or even Robin Williams).

14. Shel: It’s hard to pick just one character created by Sheldon “Shel” Silverstein, so why not honor the adored children’s book author himself? Just think of all the goofy but poignant poems you can share with young Shel in years to come.

15. Sylvester: Sufferin’ succotash, forget the cartoon cat! We’re thinking more Sylvester and the Magic Pebble, an old story about wishes. (Plus, he has the option of that awesome nickname, Sly.)

1. Amelia: Believe it or not, this name was #14 in the country in 2014, so don’t be surprised if the Amelia Bedelia series makes a comeback in a big way.

2. Cindy: If you really wanted to go all out with How the Grinch Stole Christmas, you could make her middle name Lou, but just plain Cindy is a sweet name on its own.

3. Eloise: Think you’ve got a mischief maker on your hands? This French moniker, popularized in the series of the same name, may be just the ticket.

4. Frances: Picky eaters everywhere can relate to Bread and Jam for Frances. The name is slightly old-fashioned, but lends itself to plenty of nicknames, like Francie, Franny and Frankie.

5. Ginevra/Ginny: The youngest Weasley bears a unique alternative to Jennifer and would make a great fit for a fellow only-girl in the family.

6. Harriet: Not only will she share her name with major kickass women from history, but she’ll also share it with the awesome protagonist of Harriet the Spy.

7. Jo/Josephine: If she’s anything like her book-loving namesake Jo March, it won’t be long before your little woman meets her Little Women twin.

8. Lucy: The youngest Pevensie from The Chronicles of Narnia is also the most valiant, and her lovely name means “light.”

9. Madeline: Your bébé doesn’t need to have red hair to be like Madeline — but we bet she’ll be just as adventurous after reading this classic series.

10. Matilda: Matilda is such a Roald Dahl classic that will make the perfect read for your gifted daughter someday. (After which she may watch the Mara Wilson movie.)

11. Olivia: Never mind that the Olivia we’re talking about here is a pig — she is good at a lot of things and her name is the number two name for girls in the country.

12. Sal: Opt for this diminutive of Sally (or Sarah) as an ode to the 1948 classic picture book, Blueberries for Sal.

13. Stella/Luna: You can split the name of the eponymous bat from Stellaluna into two perfectly astral monikers — the first means “star” and the second means “moon.” Or keep them as a first and middle name like Ellen Pompeo did!

15. Winnie: You’ve probably always thought of Winnie the Pooh as a boy, but originally she was a silly old girl bear!

Have you named your children after classic kids’ books? Tweet us your favorite characters @BritandCo.

Molly Griffin
Molly is a writer and editor from Boston who loves traveling, eating and occasionally being a little too candid. She lived in Dublin, Ireland for the last four years but recently moved to San Francisco to escape the rain. Now, she’s on the lookout for a good proper pub.
Creative Baby Names
Baby Names
Creative Baby Names Unique Baby Names
More From Baby Names