30 Royal Baby Names for Your Little Prince or Princess 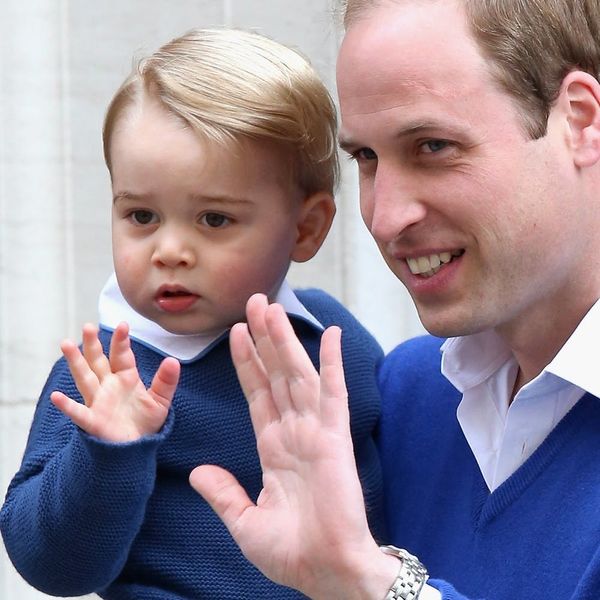 Elizabeth, George, William, Harry, Charles — now we can add Charlotte to the names of British royals we all know so well. While being part of a monarchy adds a rather majestic touch to a first name, your child doesn’t need to be in the line of succession to the throne to sound regal. After all, you know full well that your little one is already a prince or princess. Here are some of our favorite royal names from throughout history.

1. Arthur: This is both a throwback to the Knights of the Round Table and a modern nod to Prince William’s middle name.

2. Edgar: If you’d like an alternative to the more popular royal name Edward, try this name was shared by both King Edgar the Peaceful of England and King Edgar of Scotland.

3. Felipe: Spain’s current king, Felipe VI, only took up the throne in 2014, but he’s already making progressive changes to the monarchy. It’s not a bad inspiration for your baby at all.

4. Franz: Francis was a pretty popular name in the U.S. for a while, but the German variation has remained elusive. Given that it’s shared with Holy Roman emperors, several German princes and one very famous Archduke of Austria, we think it’s a noble name to bring back.

5. Frederick: This is frequently a middle name for British monarchs, but it’s more common in Germanic countries like Denmark and Prussia (Frederick the Great, anyone?).

6. Henry: Oh, Henry! So, there’s a strong likelihood you don’t want to name your tot after Henry VIII, but what about a nod to everyone’s favorite ginger, Prince Harry? His real first name is Henry, after all.

7. Hugh: Looking for a French-inspired name that’s not Henry or Louis? You might be surprised to learn about King Hugh Capet, a descendant of Charlemagne.

8. Leopold: Many a king and duke has been called Leopold, from England to Austria to Belgium, so it’s a good choice if you happen to have a mix of European ancestry.

9. Louis: It’s the royalest royal name to ever rule. Need we say more?

10. Magnus: Meaning “greatest,” this Latin name has become all the rage in recent years with celebrity parents like Will Ferrell and Elizabeth Banks, but it’s long been popular amongst kings in Norway, Sweden and Denmark.

11. Maximilian: Little Max will share his appellation with several monarchs from the Holy Roman Empire, Bavaria and the Second Mexican Empire.

12. Otto: Before your mind jumps to von Bismarck, you should know that Otto I is largely considered the founder of the Holy Roman Empire. “Otto the Great” has a nice ring to it, doesn’t it?

13. Philip: Spain, France, Portugal and other countries have had their fair share of Philips as kings. And don’t forget Prince Philip, Duke of Edinburgh.

14. Rupert: You probably think of this name as an English one, thanks to the proliferation of British actors bearing the name, but it’s actually the German variation of Robert. Young Rupert will share his name with both a German king and prince.

15. Victor: Go with this strong name, meaning “conqueror,” in honor of the British monarch Queen Victoria.

1. Adelaide: It’s now a city in Australia, but the name Adelaide popped up in royal families all over Europe for centuries, including Otto the Great’s wife, queen consort to British King William IV and a handful of princesses.

2. Beatrice: How can you not want to emulate Princess Beatrice of York after her infamous hat?

3. Carlota: If you love Will and Kate’s choice of Charlotte for their royal baby, but don’t want her to be part of the copycat generation, do what Charlotte of Belgium did when she became empress consort of Mexico and choose Carlota.

4. Caroline: Princess Caroline of Monaco is probably the best known royal with this name, although American “royalty” Caroline Kennedy is the one who inspired Sweet Caroline.

5. Dorothea: If the name Dorothy evokes too many Oz references, turn to the Greek variation, which was very popular in the Germanic monarchies.

6. Estelle: We hope Duchess Catherine will set up lots of playdates between Charlotte and Princess Estelle, the toddler who is currently second in line of succession to the Swedish throne.

8. Grace: Grace is just about the perfect name for the Princess of Monaco — an actress, philanthropist and modern icon — as well as your little one.

9. Inés: There is a fascinating and dramatic history behind this 14th-century woman, who was only recognized as the wife of King Peter I of Portugal after her death.

10. Louisa: You can choose to this name to honor the young Princess Louisa of Great Britain, Queen Louisa Ulrika of Prussia or a feminine version of Louis.

11. Philippa: No, we’re not talking about Kate’s sister Pippa (as much as we love her name, she’s not part of the royal family). It’s the female variation of Philip and has been common with English princesses over the years.

12. Rania: How fitting that this name means “nobility” or “queen,” seeing as it belongs to Queen Rania of Jordan.

13. Rosamund: While we do worship Rosamund Pike, she’s not the first to bear this beautiful name. It goes way, way back, all the way to the first-century wife of Alboin, king of the Lombards.

14. Victoria: She’s a queen so fierce, she got an entire historical era named after her — #lifegoals. Victoria is also the Crown Princess of Sweden and the heir apparent to the throne.

15. Willa: For fans of William who don’t want to go full-on Wilhelmina for their baby girl, this is a pretty replacement meaning “resolute protection.”

Which royal would you borrow a name from? Tell us what you’ll crown your little prince or princess!

Molly Griffin
Molly is a writer and editor from Boston who loves traveling, eating and occasionally being a little too candid. She lived in Dublin, Ireland for the last four years but recently moved to San Francisco to escape the rain. Now, she’s on the lookout for a good proper pub.
Kate Middleton
Baby Names
Kate Middleton
More From Baby Names