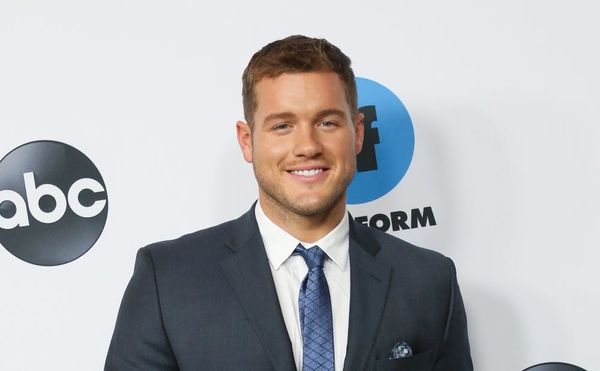 Here’s something we never thought we’d hear: The Bachelor’s Colton Underwood singing with a boy band! Season 23’s leading man loves doing the unexpected (like when he boasted his season’s finale would be “unlike anything else”), but this might just take the cake in the surprise department.

Teaming up with O-Town, the Orlando band that dominated 2001 with songs like “Liquid Dreams” and “All or Nothing,” the 27-year-old recorded a song called “Hello World,” which was the result of a surprise encounter.

The reality TV star was playing for the San Diego Chargers when he met O-Town’s Jacob Underwood (yup, the two share a last name!) during a charity dodgeball game. That’s when he asked the musician if he would be up for writing a fundraising song to help support his Colton Underwood Legacy Foundation, EW reports.

The boy bander agreed and penned “Hello World,” which the group recorded alongside the Bachelor star. Speaking about the track — the proceeds of which will be donated to the foundation, which is “committed to supporting people living with Cystic Fibrosis” — the former NFL player described it as “a fun song to listen to, but most importantly, an anthem for anyone to live your best life. It’s not only for the CF warriors, but for anyone out there dealing with anything in life.”

Jacob added, “There’s nothing more rewarding than the opportunity to use our God-given gifts to help people in need. This song is very special to me, and I hope that it becomes an anthem not only for the kids effected by cystic fibrosis, but anyone who has chosen to live their best life in the face of pain and heartache. I’m incredibly honored that Colton asked me to write this song and I hope you can feel the love behind the lyrics.”

You can listen to “Hello World” here.

What do you think of “Hello World”? Tweet us @BritandCo.

Barbara Pavone
Barbara Pavone is a pop culture-obsessed writer based in beautiful (but ridiculously cold) Montreal, Canada. When she's not working, she's sipping on a Pimm's Cup and daydreaming about her celebrity hero, Saint West.
The Bachelor
Music
The Bachelor
More From Music