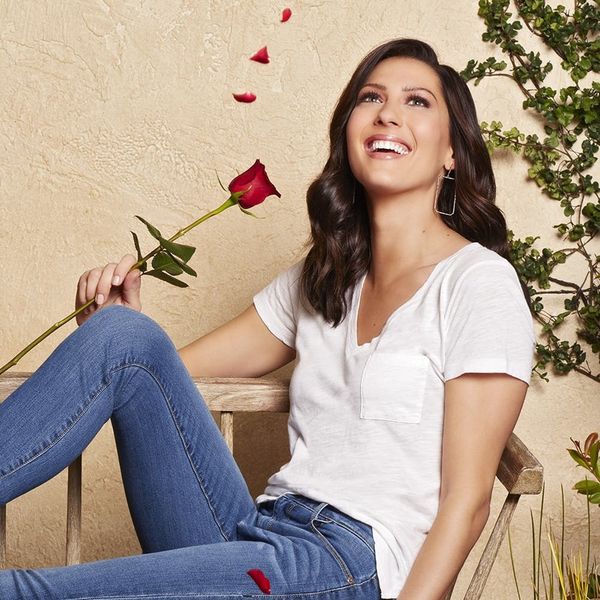 Warning: Spoilers ahead for season 14 of The Bachelorette! Proceed at your own risk.

Becca Kufrin did the damn thing! With one week to go before the season 14 premiere of The Bachelorette, the ABC franchise’s latest leading lady has revealed that she’s engaged.

“It was the happiest moment of my life,” the 28-year-old Minnesota-based publicist told People of the proposal. “And it feels so good to say it. I still pinch myself, like, did that all just happen? It’s been a whirlwind.”

Kufrin went into The Bachelorette fresh off of a broken engagement — a televised broken engagement, no less — from The Bachelor’s Arie Luyendyk Jr. When she was introduced as the new Bachelorette during the After the Final Rose finale special, she said she considered her painful breakup with Luyendyk just another chapter in her life and was ready to move on. Now she’s doing just that with her new fiancé. But who is he?!

We’ve already met the 28 suitors who will be vying for Kufrin’s affections on the upcoming season. Will it be Christon, the former Harlem Globetrotter? Or what about Nick, reportedly known for his signature tracksuits? Or maybe Kamil, the…”social media participant”?

One thing we do know is that things got pretty dramatic. Host Chris Harrison recently revealed that season 14 will feature “maybe the most ridiculous fight you’ve ever seen in the history of our show.” He also said that the guys and, of course, Kufrin are great, and it’ll be a fun season to watch.

As for Kufrin, she’s looking forward to watching it all go down with the rest of us. She told People that she can’t wait for viewers to see everything that happened. “It’s been crazy, but it was so worth it.”

The two-hour Bachelorette season premiere airs Monday, May 28, at 8pm ET on ABC.

Who do you think Becca got engaged to? Let us know @BritandCo!