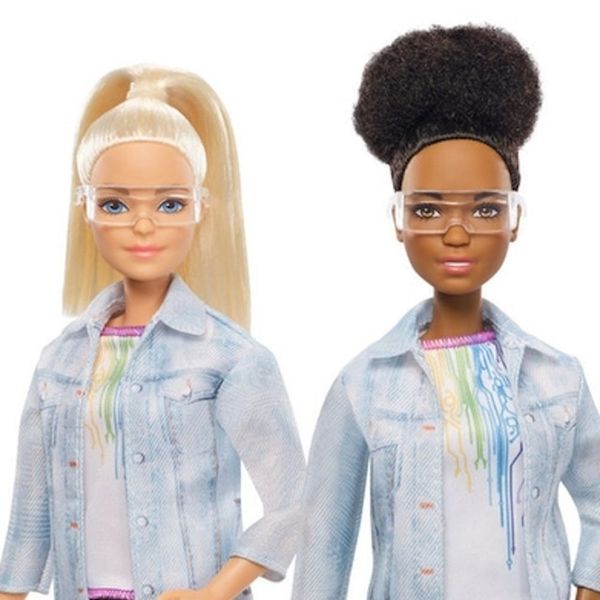 Barbie has long been an aspirational figure for young women, and her latest career update is hoping to encourage girls to realize the opportunities available for them in the STEM fields.

The latest “Career of the Year” Barbie was revealed by Mattel on Tuesday, and holds the job of a robotics engineer. The doll comes with safety goggles, a little laptop, and a small, bendable robot. While this isn’t Barbie’s first role in the science, technology, engineering, and mathematics realm, this time, the brand has partnered with gaming platform Tynker to make the career more accessible as they aim to introduce more girls to coding.

“For almost 60 years, Barbie has exposed girls to roles where women are underrepresented to show them that they can be anything,” Lisa McKnight, Barbie General Manager and Senior Vice President, said in a statement. “By playing with Robotics Engineer Barbie on and offline, we are giving girls a new platform for play in their imaginary world and teaching them important skills for their real world.”

Barbie is also partnering with Black Girls CODE and releasing a coding e-book, Code Camp for Barbie and Friends, as part of the program.

The STEM doll and accompanying programming is the latest commitment by the iconic brand to improve representation and inclusivity in recent years. In 2016, the doll’s figure, which had long been criticized for its unrealistic proportions, got a body-positive makeover.

What do you think of Robotics Engineer Barbie? Let us know @BritandCo!