Be Licensed to Ill With Our Beastie Boys Family Halloween Costume 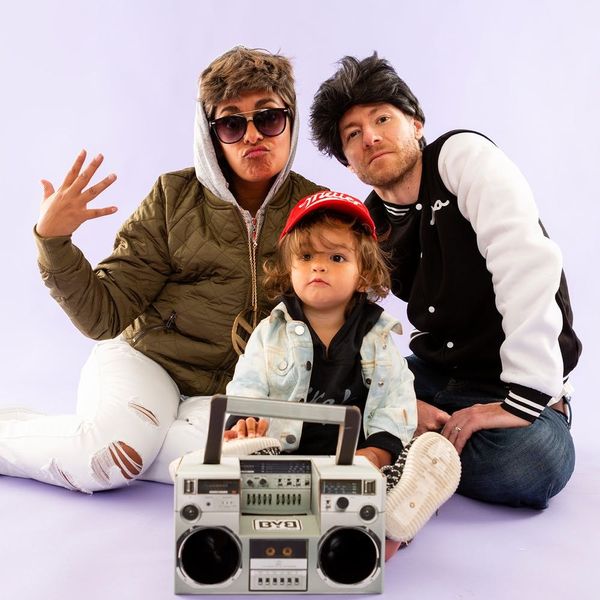 If you have no idea what being licensed to ill means, you clearly were not a child of the ‘80s and ‘90s ;) I grew up listening to the Beastie Boys on repeat, “Girls” and “Sabotage” were weekly listens, and I remember very clearly when Hello Nasty came out in July of ’98 and was my summer soundtrack on daily rotation.

So, upon brainstorming this year’s Temple family Halloween costumes, I couldn’t resist paying tribute to the irreverent Beastie Boys.

We decided to go original ‘80s Beastie style with this look, though I’ll admit I was definitely tempted to recreate the costumes donned by the band in their video for the 1994 single “Sabotage.”

Here’s how to get the look:

Just last week, the two remaining members of the Beastie Boys, Ad Rock and Mike D (MCA passed away in 2012), announced that they will be going on a book tour alongside the launch of their autobiography. Each stop on the tour will include an exhibition, conversation, and music.

What ’80s and ’90s bands have you dressed up as for Halloween? Share photos with us at @BritandCo.