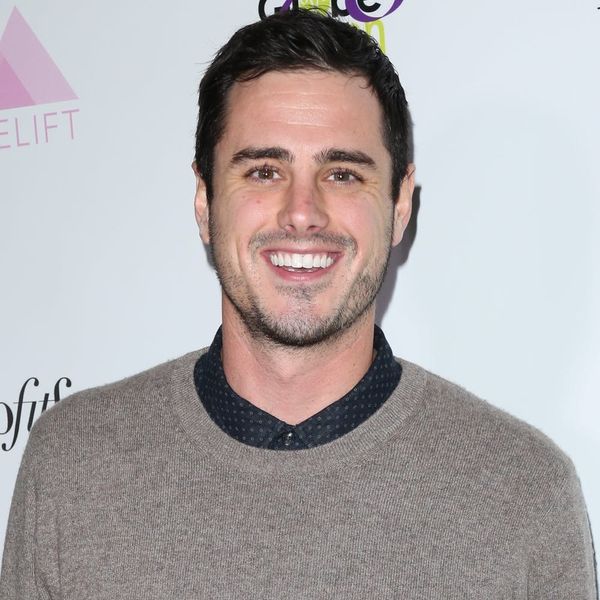 Ben Higgins is showing a side of himself he’s never showed before. The Bachelor Nation star is set to appear on this week’s episode of Lip Sync Battle, and he’s channeling his inner ’80s rock god to do it.

Higgins will take on season 21 Bachelorette Rachel Lindsay on Thursday, July 19, at 9pm ET/PT. His song of choice? Bon Jovi’s 1986 hit “You Give Love A Bad Name.”

For the performance, he chose a full retro get-up, including a zebra-print shirt, leather pants, a fringed jacket, and cowboy boots. But it’s his long, wild hair that really completes the transformation.

Lindsay, for her part, is shown dancing with the show’s other host, LL Cool J, who can’t help but sing along to the epic ’80s rock anthem. She’ll perform Salt-N-Pepa’s “Shoop” on Thursday’s ep.

What do you think about Ben Higgins’ Lip Sync Battle performance? Tell us @BritandCo!

Desiree O
Desirée O is a ‘Professional Bohemian’ who loves anything and everything related to the arts, entertainment, and pop culture. She ADORES being a ‘Newsy’ for Brit + Co, covering all of the latest tidbits of awesomeness that you want to read about. When she’s not writing, she’s either making messy art, going on long adventurous walks with her camera, or poking around over at bohemianizm (http://www.bohemianizm.com/). You can find out about Desirée O and her work at http://DesireeO.com/ or follow her on Twitter @DesireeO.
Music
TV
Music TV