5 Best Apps of the Week: A Photo App More Fun Than Instagram + More! 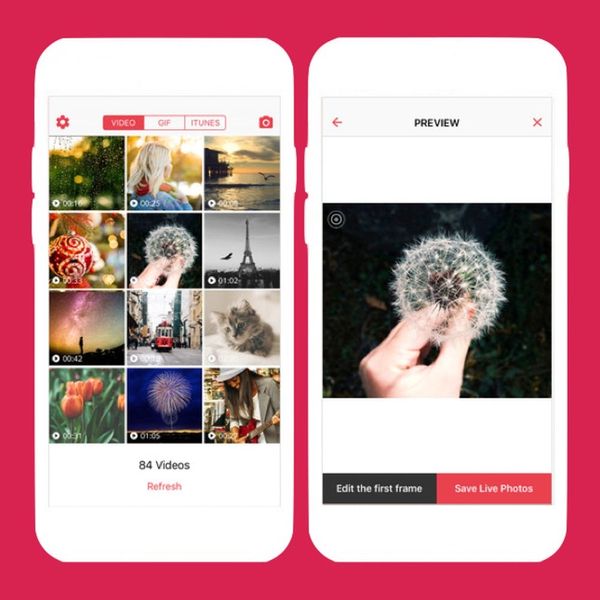 With the FCC passing new cable box rules and Apple hitting back at the US government regarding iPhone backdoors, the tech world has been buzzing. The news and releases keep on coming with the unveiling of the best apps of the week! There is one that solves a serious problem for commuters and another app that allows you to create your very own live photos. Check it all out below.

If you’re one of the millions of New York City subway commuters, you know one of the biggest downsides to the public transit system is that there is ZERO Internet underground. No connection also means that you can’t access your fave news sites in the morning (like our Morning Buzz report!) — but there’s finally an app for that. Just select your favorite websites and Kommute will actually fetch and store all the data so you can peruse the sites offline. And yes, this app is also a godsend for plane rides without WiFi.

2. Portrayal: Portrayal lets you turn your images into literal works of art with its unique filters like Sketch or Lomo. But what really makes this app worth the $2.99 is that you can further customize the filters once you’re in the app and really get creative.

3. Pyfl: If you’re ever looking for recommendations on somewhere to go, you’d likely trust someone you know over an anonymous reviewer. That’s the idea behind Pyfl, which creates a map of places to go, restaurants to eat at and things to do based off of recs from your friends and fam.

4. intoLive: With the introduction of the iPhone 6S/6S Plus, the world also learned about Live Photos. But unfortunately only the iPhone 6S/6S Plus could take Live Photos — until now. intoLive is an app that allows you to take a video, edit it down and save it as a Live Photo. In case you have a 6S or 6S Plus, you can actually save your intoLive photo as your moving wallpaper. Pretty awesome, right?

5. Doo: Sure, $4.99 is kind of steep for an app, but there is no price you can place on productivity. That’s exactly what Doo wants you to harness with its creative and aesthetically pleasing new app. You save items on your to-do list using individual cards in the app. You can either swipe up to check an item off your list or set a timer to remind yourself to get back to a task. The best part? It syncs with your iCloud so it sends you reminders even when you’re not in the app.

Kimberly Wang
Kimberly Wang writes about all things pop culture, tech, style, and beauty. She's a Bay Area transplant and has an MFA in Creative Writing from Columbia University. On a sunny New York day, you can find her hanging out with her mini schnauzer Isabelle Jellybean on a blanket in Central Park.
Android Apps
Tech
Android Apps Apps
More From Tech