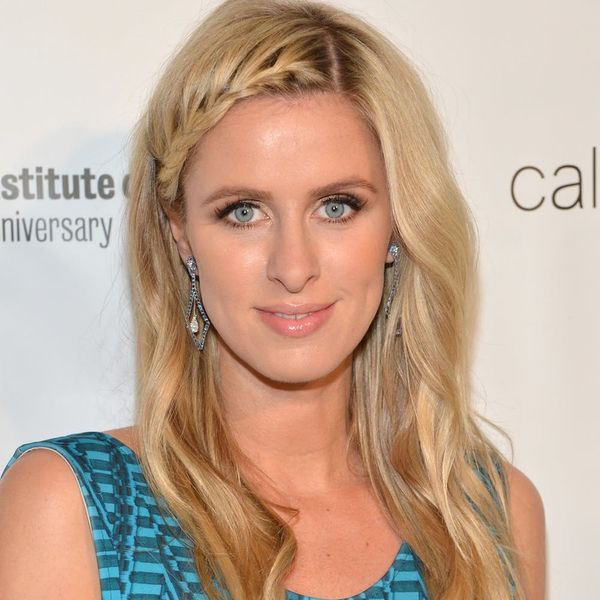 It’s Friday, and you know what that means. Yes, yes, weekend, but you know what else? That’s right: tons of news to catch up on, from Nicky Hilton’s NYFW baby bump to an NSYNC reunion. We got you — with today’s Morning Buzz.

1. Prep those horn rims: A recent study finds that half the world could be nearsighted by the year 2050. The American Academy of Opthamology found that an estimated 22.9 percent of the world’s population had a hard time seeing at a distance in 2000 and, as Mental Floss reports, that figure is expected to go up up up in the coming decades. Thanks, genes!

2. Baby bump sighting!Nicky Hilton Rothschild and baby bump made a dual appearance at NYFW yesterday. The pair was spotted at the closing J.Mendel show, with the fashionably pregnant Nicky looking cute af in a body-hugging blue lace dress matched with nude pumps, a camel coat and — dare we say — a totally fierce glow. Slay, girl.

Back in the studio with this guy. The studio looks a bit familiar as well. pic.twitter.com/IeGKXvUl8K

3. A new *NSYNC song is on its way. Members Joey Fatone and Chris Kirkpatrick made the announcement on Twitter yesterday that the two were in studio together preparing a track, and fellow bandmate Lance Bass left a cryptic note on Facebook last night that suggested he might be in on it too. JC, Justin, are ya in?!

4. Kristen Wiig as Hannibal Lecter is officially the creepiest. The latest installment of W Magazine’s Casting Call series is back, and while we loved the gender-swapped Clueless auditions, we don’t know how we feel about this one.

5. Olivia Wilde thinks sexism in Hollywood is an institutional problem. People reports that the House star revealed in an interview with The Edit: “People are now saying, ‘Listen, you need to hire women, specifically because they are women,’ and although that’s uncomfortable, it’s how things change.”