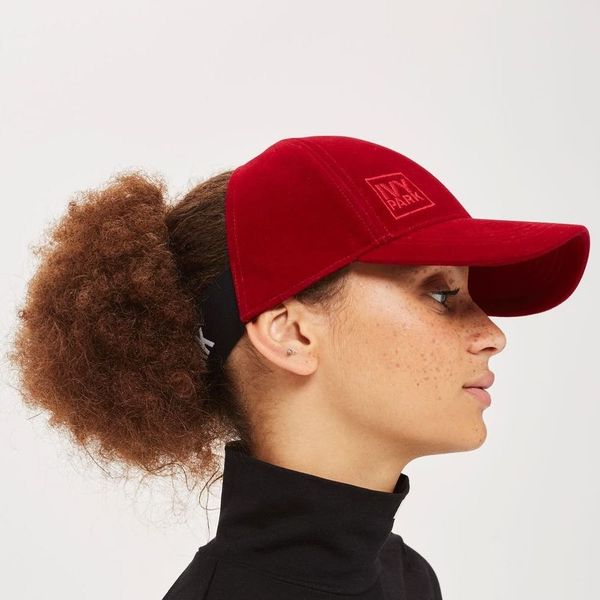 Beyoncé has certainly been busy this year, what with her new babies, performing at the Grammys, and continuing to wow the world with her athleisure line, Ivy Park. The brand recently tapped actress Laverne Cox to model its Autumn/Winter 2017 campaign, and now it’s unveiled something else that’s getting a lot of discussion: a hat made for curly hair.

The Velvet Backless Cap ($35) was created so that those with curly tresses could wear headgear without getting the dreaded hat hair. It’s essentially a visor with more coverage. As with most things, Twitter had a lot to say about it all.

Some are really excited about the headwear, applauding Bey for giving curly girls a solution.

Lol RT @LibbyLuvsB: A hat I can fit my hair in. Thank you Beyoncé #ivypark pic.twitter.com/3NxqfbM2qv

While others were just confused.

Beyonce has made a cap for people with curly hair and I don't know whether I love it or hate it but, I definitely know I need it pic.twitter.com/1RWs2ff0qI

And then there’s the crowd who thinks the whole thing is just ridiculous.

I just saw the Beyonce hat for curly girls and no, I would not wear that. It's dumb looking. No thank you.

One person pointed out that this isn’t the first time someone’s come up with a hat that can accommodate a curly pony, calling Beyoncé’s “invention” fake news.

What do you think of the Ivy Park hat? Tell us @BritandCo!

Shea Lignitz
Shea can be found in the nearest bookstore or brewery, exploring the great outdoors, or blasting Led Zeppelin. She grew up in the cold and rain of Northern California's redwoods but is currently wandering around Texas.
Style News
More From Style News