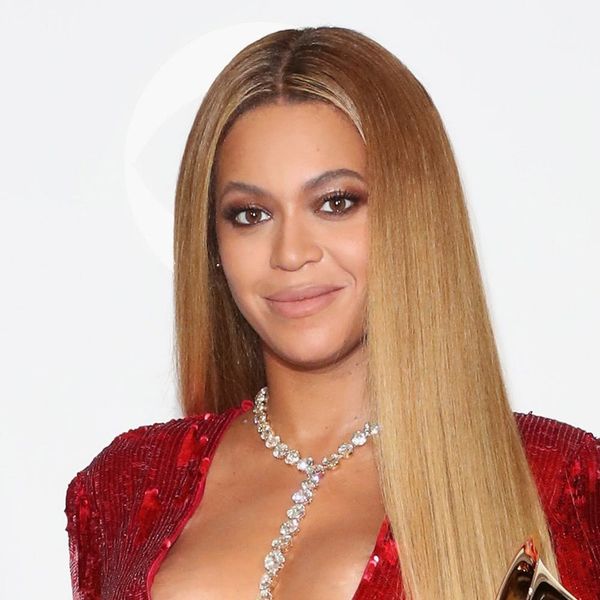 Just when we thought nothing could top Kim Kardashian West’s (count ’em!) four epic — if controversial — costumes, Beyoncé Knowles has stepped in to prove us wrong. The Lion King remake actress took to Instagram to show off her not one, not two, but FIVE amazing Lil’ Kim getups, putting other celebrity efforts to shame.

The 36-year-old and her hubby JAY-Z showed up to Kelly Rowland’s Halloween bash in a couples’ costume for the ages, dressing up as rap legends Lil’ Kim and The Notorious B.I.G.

And she didn’t stop there. The “Die With You” singer went on to post a solo photoshoot of four more of the rap icon’s looks, including a furry green Tzarina fur coat, green shades, and matching pumps with a platinum pixie wig, a see-through nude bodysuit with a long, striped set of locks, a blue satin slip dress and fur stole, and a revealing deep V-cut tee, body necklace, and blue monogrammed Chanel wig (a nod to a Manhattan File Magazine spread the artist did back in 2001). She paid also paid tribute with her words, writing, “Hip hop would not be the same without the original Queen Bee.”

The homage left the real Lil’ Kim seriously impressed, as she took to Instagram to gush, “This is so adorable and it’s even cuter because JAY-Z and Biggie were friends and he has his mannerisms down pat. I [love] U Queen Bey and King Jay.”

She also gave us a better view of just how spot-on the looks were, with side-by-side shots of herself from her ’97 No Way Out Tour next to Beyoncé, writing, “Come all the way thru Bey!!”

@beyonce the resemblance is crazy!! Match made in heaven 👯 Every single detail is on point! I love you to pieces Bey ❤️ #beyonce #lilkim #tookusabreak #queenbee #beehive #lilkimseason

She also posted their lookalike shots from what would have been the 1999 Source Hip Hop Awards red carpet, noting, “The resemblance is crazy!! Match made in heaven. Every single detail is on point! I love you to pieces Bey.”