Billie Lourd’s D23 Speech About Her Late Mom, Carrie Fisher, Will Tug at Your Heartstrings 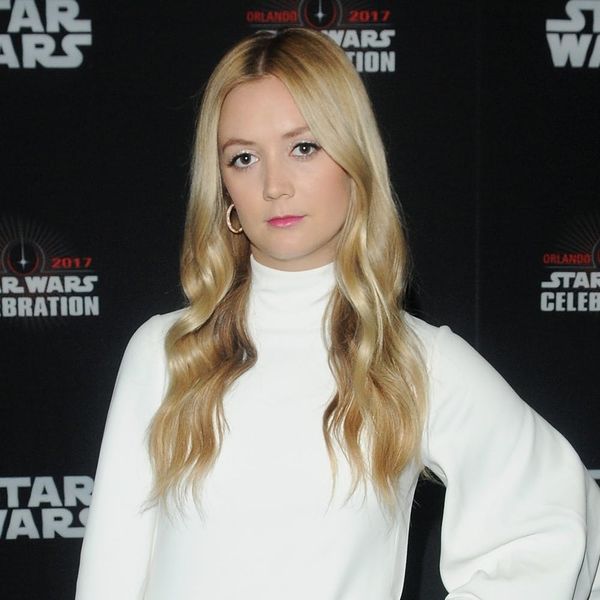 In the midst of all the exciting news that came out of this weekend’s Disney D23 Expo, including the first trailer for A Wrinkle in Time and the fact that every single Disney princess ever would be making an appearance in Wreck-It Ralph 2, came a far more somber moment when the late Carrie Fisher, best known for her iconic role as Princess Leia Star Wars franchise, was posthumously awarded the Disney Legends Award. Her daughter, Billie Lourd, issued a speech on her mother’s behalf, and her sentiments will have you reaching for the tissues.

Although the 24-year-old wasn’t able to attend the ceremony (she’s currently busy shooting for the next season of American Horror Story), fans still heard her touching words loud and clear as Disney chairman Bob Iger read them aloud. “As far back as I can remember, my mom and I have been Disney fanatics,” Lourd wrote. “I was so obsessed with Ariel that I wanted to change my name. We went to Disneyland so much that I now realize she might have even loved it more than I did.”

❤🐭❤ My mom and I went to Disneyland so much that I now realize she may have loved it even more than I did. Thank you so much to @disney for making my mom the ultimate Disney combo: a princess and now a legend 🙏🏼

While Fisher isn’t an official Disney princess (though a petition is circulating to change that), there’s no denying the fact that she’ll forever live on as a Disney legend, as can be seen in the new footage that was also unveiled at the convention.

In the three-minute behind the scenes clip from Star Wars: The Last Jedi, there’s features plenty of new footage of Fisher, both in-character and in B-roll, as well as a quick glimpse of Lourd. Perhaps most touching of all, however, is its end, which sees the iconic actress proclaim: “It’s about family, and that’s what’s so powerful about it.”

Are you counting down the days ’til The Last Jedi? Tweet us @BritandCo.