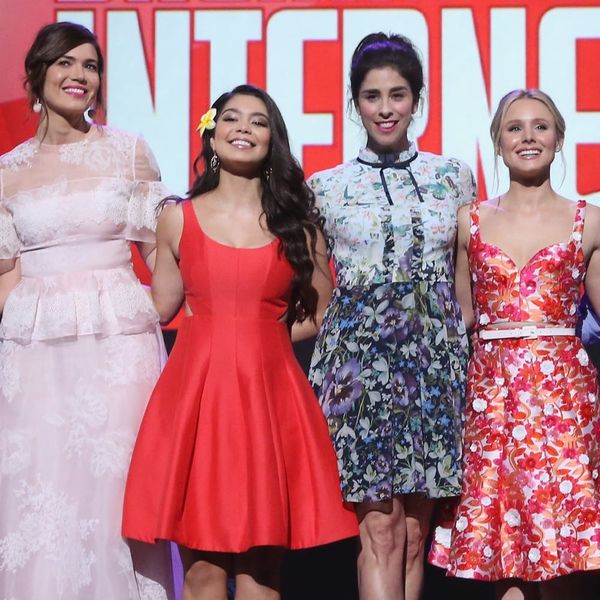 Disney has been super secretive about the upcoming release of Wreck-It Ralph 2: Ralph Breaks the Internet, but it sounds like the wait will definitely be worthwhile: The highly anticipated sequel to 2012’s Wreck-It Ralph will feature — wait for it! — every. Single. Disney princess ever. Yup, all of them — from Cinderella and Snow White to Elsa and Moana!

It was during the D23 Expo (AKA the massive yearly convention for all things Disney) that Disney/Pixar shared a teaser clip from the upcoming flick, which has our Disney-loving hearts jump for joy. Not only did the sneak peek reveal that the entire original cast, including Sarah Silverman and John C. Reilly, will be back, but it also spilled the beans that they’ll be joined by Taraji P. Henson (who’ll voice an algorithm named Yesss who’s tasked with showing Vanellope and Ralph around the Web) and every one of Disney’s most beloved princesses. What’s more? Nine of them will be brought to life by their original voices. EEEEE!

In the unreleased clip, Yesss is seen taking her tourists to OhMyDisney.com, where they will search for the necessary replacement part to fix their broken game. While there, Vanellope stumbles upon the dressing room of the initially not-so-friendly princesses, including Jasmine (Linda Larkin), Belle (Paige O’Hara), Ariel (Jodi Benson), Pocahontas (Irene Bedard), Rapunzel (Mandy Moore), Anna (Kristen Bell), Merida (Kelly MacDonald), Tiana (Anika Noni Rose), and Moana (Auli‘i Cravalho), who immediately arm themselves to defend against any would-be intruders. If all of this sounds way too good to be true, think again: All nine aforementioned ladies attended the expo to help make the exciting announcement. IT’S REALLY HAPPENING!

To make things even more wonderfully strange, the clip also showed the princesses being escorted by stormtroopers from Star Wars:TheForce Awakens, with none other than C-3PO at the helm, according to Gizmodo.

While they’re reportedly = look a bit different — AKA in the style of the Wreck-It Ralph characters — they’re undoubtedly our beloved ladies, through and through.

Me when The Incredibles 2 and Wreck-It Ralph 2 come out: pic.twitter.com/fdOEeO5Psb

Please someone leak that fever dream of a Wreck-It Ralph 2 clip, I know one of you broke the rules and filmed it

We’re officially counting down the days!

Will you be watching Wreck-It Ralph 2? Tweet us @BritandCo.