Oprah, Reese Witherspoon, and Mindy Kaling Are Nearly Unrecognizable in the First Trailer for “A Wrinkle in Time” 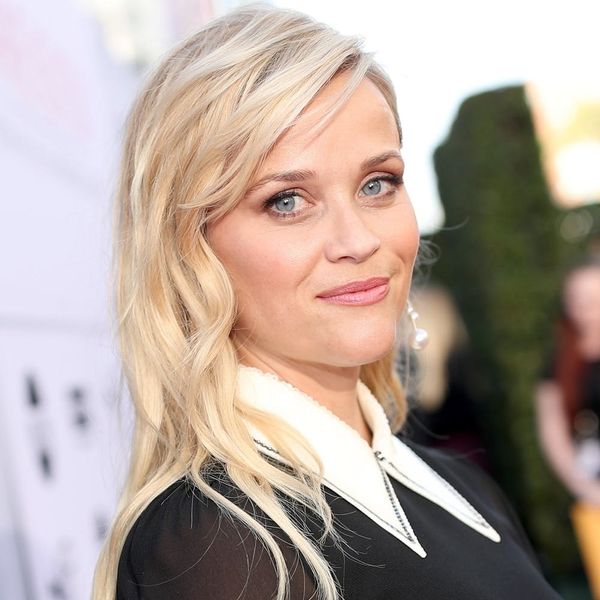 We’ve been practically giddy over the movie release of our grade-school favorite, A Wrinkle in Time by Madeleine L’Engle, from the moment we caught wind of its A-list cast, which includes Oprah Winfrey, Reese Witherspoon, and Mindy Kaling. Add in one Ava DuVernay as director, and we knew it’d be a recipe for solid gold movie magic.

The film’s first teaser trailer debuted at the Disney D23 fan expo event in Anaheim, California, this weekend, and let’s just say, it didn’t disappoint: In fact, so epic are the special effects and costuming that we hardly recognized its stars!

The two-minute teaser features Oprah as a bejeweled, blonde AF supernatural being (one Mrs. Which) with crimped (yes, crimped!) hair and dazzling makeup, helping a young 13-year-old math whiz named Meg Murray (played by Storm Reid), travel through space and time to save her father (Chris Pine) from an evil force.

So excited to show you all the first look at Mrs Whatsit in @wrinkleintime ! Can't wait for this movie , it's gonna be ⚡️☄️🌟

Witherspoon (Mrs. Whatsit)’s transformation was no less shocking, with the actress forgoing her typically blonde tresses for fiery red fishtail braids and brows and copper makeup, for an overall effect that could almost be described as metallic goth.

As for Mindy (our Mrs. Who!), she’s got a Cleopatra-esque vibe going on, thanks to heavily kohl-rimmed eyes and a short black bob with uber-blunt fringe.

Director DuVernay told Entertainment Weekly that costume design was a deliberate attempt to bring something different to the Mrs. Ws, in order to, “bring in culture, bring in history in their costumes,” and “reflect a fuller breadth of femininity,” making their looks unlike any we’ve seen on the stars before.

From the looks of things, we’d say she nailed it!

Check out the trailer in full below.

What upcoming Disney movie are you most excited about? Tell us @BritandCo!

Kat Armstrong
Kat has been a writer, social media maven and mom for longer than she's willing to admit. She's also spent time in front of and behind the camera, interviewing celebs, politicians and acting as a producer for fashion and artistic photography shoots. When she isn't writing for various orgs and publications, she's hanging with her kids, husband and French Bulldog, Peter, in Toronto, Canada.
Reese Witherspoon
Movies
Reese Witherspoon
More From Movies