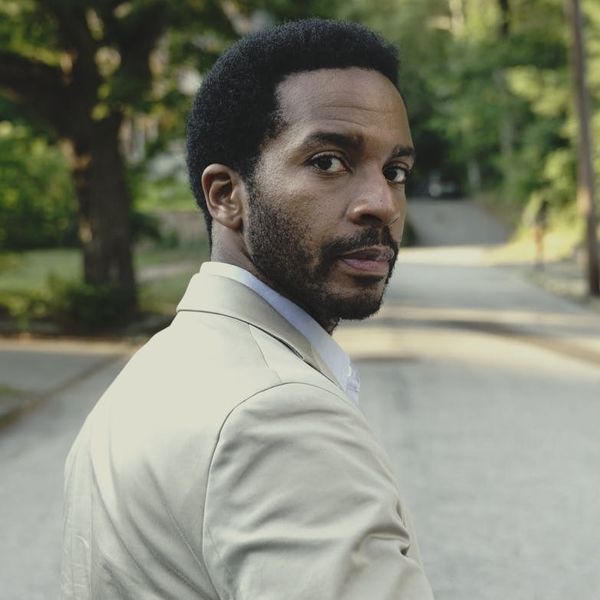 Welcome to Brit + Co's Binge-Worthy Bulletin, a new series where we choose one show we're obsessed with and tell you all the reasons why. This week's pick is Castle Rock, which just premiered on Hulu. The mysterious, character-driven show is one of the most intriguing new series this summer — like a grown-upStranger Things with traces of Lost and Twin Peaks. But don't just take our word for it. Click through to see all the reasons you should watch the show, and then catch up on the first few episodes before new episodes air on Wednesdays. (Photos via Patrick Harbron/Hulu)
It'll fill the Stranger Things void in your life: Netflix broke all of our hearts a little when they recently announced that Stranger Things season 3 would be delayed until summer 2019. And while the streaming service has promised that it will be "worth the wait" as the Duffer Brothers and Shawn Levy work to deliver something bigger and better than ever, the absence of Eleven, Dustin, and the rest of the Hawkins gang has left a hole in our supernatural TV schedules. Enter Castle Rock. The new Hulu series is an amalgamation of characters and plots from horror author Stephen King's well-known body of work, written into an entirely new story. Castle Rock isn't just the name of the show — it's the name of a fictional town present in much of King's work and, yes, it's the uneasy setting of the J.J. Abrams-produced drama. (Photo via Seacia Pavao/Hulu)
It's bursting with literary/cinematic Easter eggs: Although Castle Rock is a new story, it contains references to a lot of older Stephen King books and movies. (You may know one of the stars, Sissy Spacek, from her iconic role in another King project, Carrie.) But you don't need to be *too* familiar with the author's massive catalog; Castle Rock's references — of which there are many, and they are specific — are layered and hidden throughout as Easter eggs, leaving the show uninterrupted for the casual viewer. (Photo via Patrick Harbron/Hulu)
It's supernatural and spooky: Straight up, we miss the Upside Down. But there's enough weird stuff going on in Castle Rock to match all the darkness that the Demogorgon brings. (Photo via Patrick Harbron/Hulu)
There's a rich cast of characters: Much like the ragtag group of kids who lit up the small screen in Stranger Things, the cast of characters who inhabit Castle Rock will draw you in and hang on tight. Henry (André Holland) is the do-gooder with a dark past, Molly (Melanie Lynskey) is a real-estate agent with an almost encyclopedic knowledge of the town and a gift for reading minds, the "Kid" (Bill Skarsgård — who, yep, played Pennywise the TERRIFYING clown in 2017's It, another King classic) is a mysterious inmate at Shawshank, and the list goes on. (Photo via Patrick Harbron/Hulu)
You'll root for the people and their town: The development of Castle Rock's King-inspired characters does justice to the author's own deft persona crafting. But it's their resilience — the principle behind their decision to not only stay in a troubled town, but also embrace and defend it — that help illuminate it. (Photo via Patrick Harbron/Hulu)
It'll leave you wanting more: For the July 25 premiere, three episodes were released at once — just enough for a mini binge-watch. True to Hulu's form, though, the remaining episodes of Castle Rock will be rolled out one week at a time. And with enough mystery to make a cliffhanger out of every episode, you'll be eagerly waiting for more every Wednesday. (Photo via Patrick Harbron/Hulu)

Are you watching and loving Castle Rock? Let us know @BritandCo!