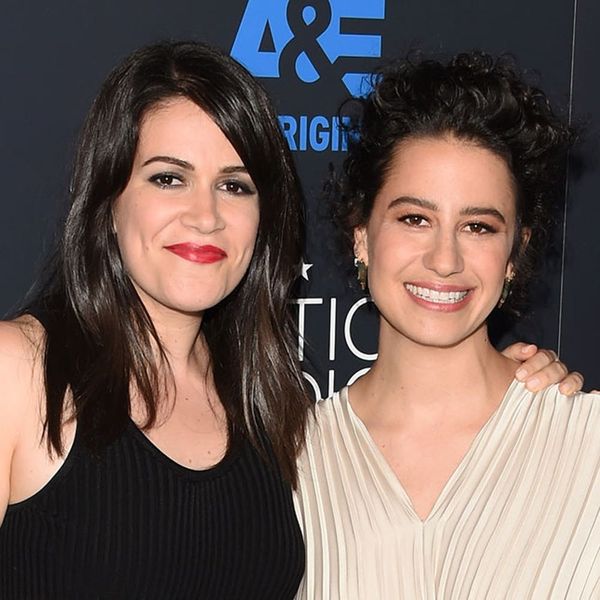 Hopefully by now you’ve seen at least a couple of episodes of Comedy Central’s *hilarious* show Broad City. Professional funny gals Abbi Jacobson and Ilana Glazer grace our screens with their smart wit, crazy adventures and, most importantly, special girlfriendship — it’s addicting, especially if you’re into slightly raunchy humor. A + I have been producing comedy shorts to tide us over until February 2016 when season 3 premiers and the quick clips have left us eternally grateful that we didn’t have to go cold turkey on Broad City until the winter. In the most recent short, the girls got in the Halloween spirit dressing up as two female badasses and it was as amazing as you’d imagine.

In a simulated FaceTime conversation, Ilana and Abbi unknowingly both dressed as famous female judges: Ilana debuted a Judge Judy costume while Abbi showed off her Ruth Bader Ginsberg costume (the Nororious RBG) — can you say “yas kweens”? Dressing up as a strong women for Halloween is a choice we applaud. What’s even better about both of their costumes is that they’d be super easy to DIY: Hack a court coat and find a legit gavel, just make sure you’ve got a slew of hysterical jokes on hand so you can live up to Abbi + Ilana status.

What are you going to be for Halloween this year?