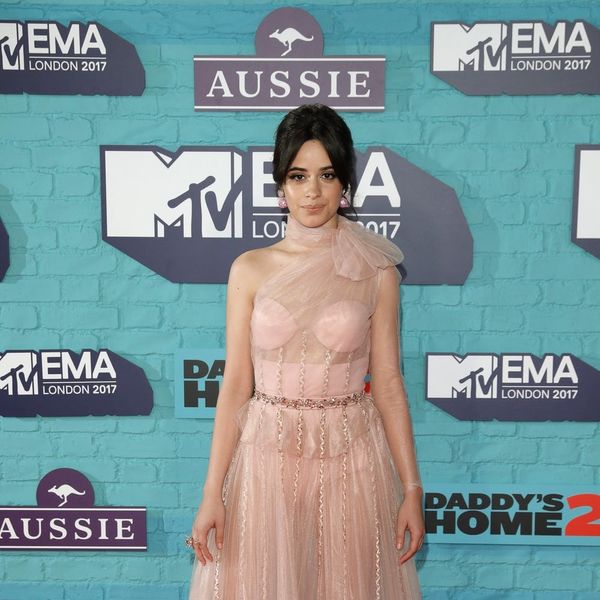 Bra inserts are usually meant to never see the light of day, but sometimes, as former Fifth Harmony songstress Camila Cabello just demonstrated, they can work wonders on their own.

Cabello showed up to the MTV EMAs in London dressed in a sheer floral-embroidered pink floor-length Ralph & Russo gown that wrapped around her neck and flared out at the waist. She polished off her look with a big ring and sparkly ball earrings.

But the most eye-catching aspect about her outfit, however, was her bra — or rather, the lack thereof. Instead of traditional lingerie, the 20-year-old opted for what looked like adhesive pink bra inserts. It was almost like a wardrobe malfunction… but on purpose. It’s definitely the first time we’ve seen chicken cutlets worn as a couture look — but hey! Somehow it works.

What do you think of Cabello’s fashion statement? Tell us @BritandCo!

Shea Lignitz
Shea can be found in the nearest bookstore or brewery, exploring the great outdoors, or blasting Led Zeppelin. She grew up in the cold and rain of Northern California's redwoods but is currently wandering around Texas.
Celebrity Style
Celeb Style
Celebrity Style lingerie Red Carpet
More From Celeb Style