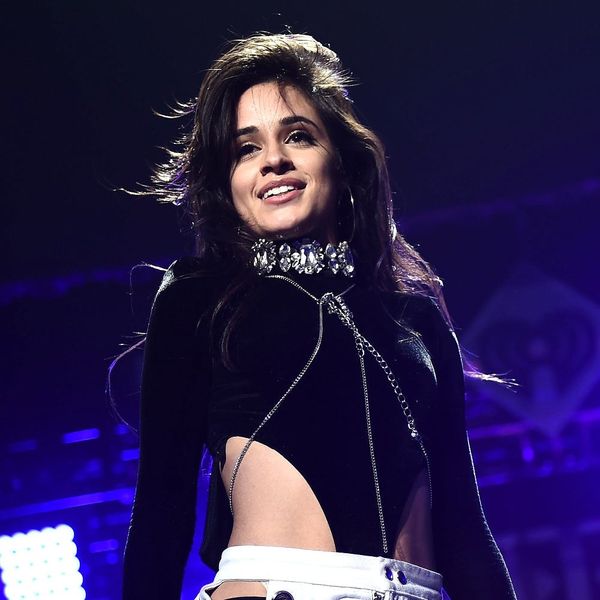 We were all shocked when news broke that Camila Cabello had left Fifth Harmony (including the other four ladies in the group), but now the former 5H-er is starting to reveal why she broke up with the gal-band. Though we’re sure it was more than just one issue behind the scenes, Camila has just given us the deets around the sexualized sitch that made her uncomfortable in Fifth Harmony.

Deciding to give the scoop to Lena Dunham for her (now-infamous controversy-sparking) Lenny Letter, Camila explained, “…[B]eing a girl group, there’s been a lot of times where people have tried to sexualize us to just get more attention. Unfortunately, sex sells. There’s definitely been times where there’s stuff that I have not been comfortable with and I’ve had to put my foot down.”

Joining the group when she was just 15 years old, the now 19-year-old Camilia continued, “I feel like it’s been tricky because we’ve had to grow into ourselves while being in front of the world and while making songs that did have a lot of sexual undertones.”

Though she wanted to be clear, saying, “There’s nothing wrong with showing sexuality. If you have that inside, it’s just an expression of who you are. If you want to share that with people, that’s amazing.”

But her whole point is that girls and women should not do anything that makes them uncomfortable, ending her thoughts with, “I think the thing that I would say to young women is, if you’re not ready for it, put your foot down.”

What do you think about Camila’s admission that she felt uncomfortably sexualized in Fifth Harmony? Tweet us @BritandCo!

Desiree O
Desirée O is a ‘Professional Bohemian’ who loves anything and everything related to the arts, entertainment, and pop culture. She ADORES being a ‘Newsy’ for Brit + Co, covering all of the latest tidbits of awesomeness that you want to read about. When she’s not writing, she’s either making messy art, going on long adventurous walks with her camera, or poking around over at bohemianizm (http://www.bohemianizm.com/). You can find out about Desirée O and her work at http://DesireeO.com/ or follow her on Twitter @DesireeO.
Music
Celebrity News
Music