Carey Hart Presented Pink With the Most Unique Push Present Ever 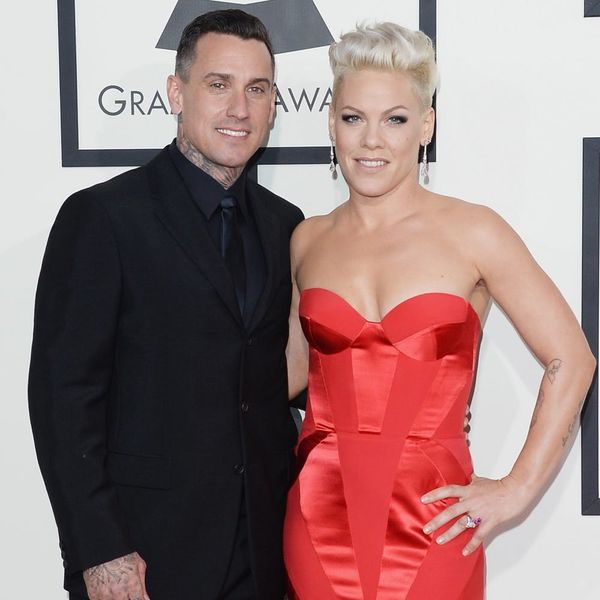 But singer Pink has never been an ordinary star (check out that crazy dip-dye ‘do!), so neither is her push present. Five months after giving birth to her second child with hubby Carey Hart, the “Just Like Fire” singer has received a rather unusual gift: a custom-built motorcycle!

Thanks @hartluck for the push present 💕 I give you babies and you build me motorcycles. Some girls like diamonds, I like heavy metal and carbon-fiber and chrome 😉

The musician posted her new ride to her Instagram page, saying, “Thanks @hartluck for the push present. I give you babies and you build me motorcycles. Some girls like diamonds, I like heavy metal and carbon-fiber chrome. ;) “

We’ve gotta say, we’re pretty impressed: While anyone (with a couple extra million to spend, that is) can pick out some squeal-inducing bling at the store, it likely took Hart the five months since baby James’s birth (and a whole lotta’ hard work) to put this gift together for Pink. It’s also something the two can enjoy together, as Hart just so happens to be a Motocross racer himself.

Mama @pink 's bike is ready for its maiden voyage. I still have to build bag mounts and a bunch of small details, but it's close!! Thing sounds nasty 👍👍👍👍👍. @indianmotorcycle #Chieftain

Pink’s hub seemed pretty pleased with his creation, giving us a glimpse at the finished product, which featured Rosie the Riveter detailing. “Mama @pink’s bike is ready for its maiden voyage,” he wrote. “Thing sounds nasty.”

He also took a shot of her giving it a go: “Mama Pink shaking down her big girl bike!” he wrote.

What do you think of Carey’s unique gift? Tell us over @BritandCo.