8 of the Most Epic Celebrity Mom Push Presents 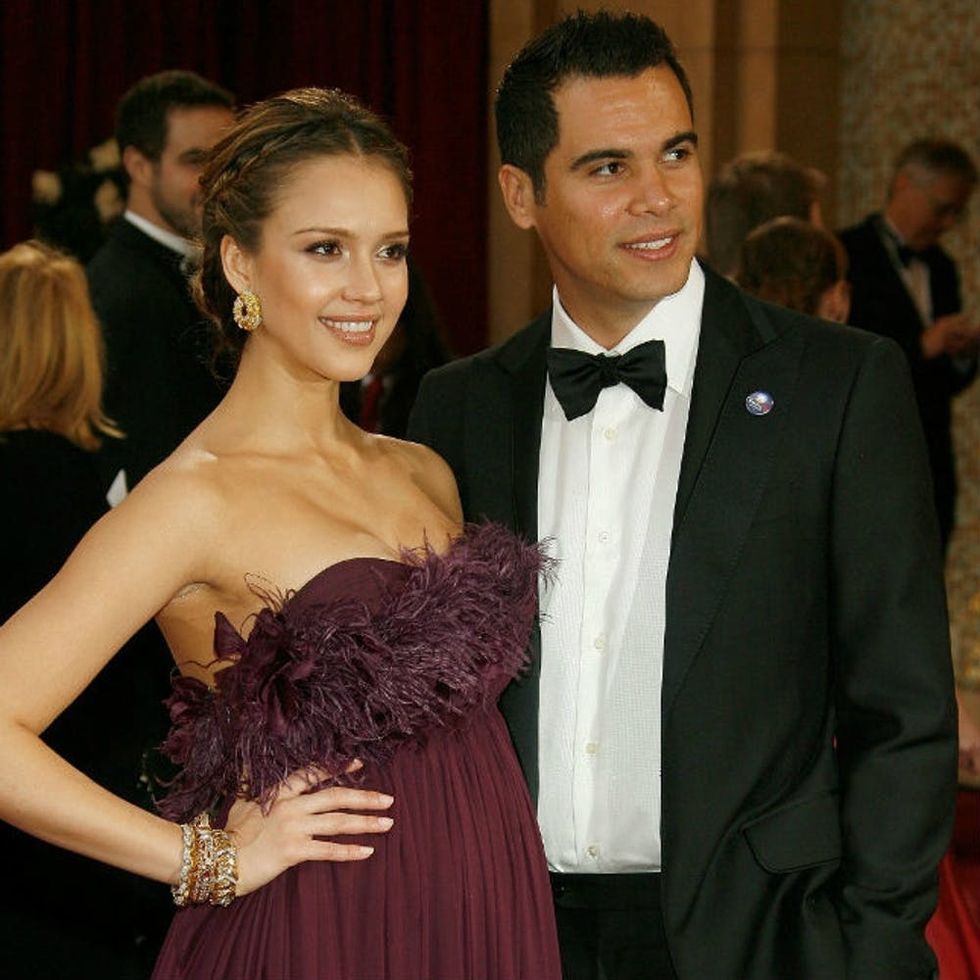 After giving birth, you’re given the best gift EVER: an adorable little boy or girl (or both!). But sometimes, that’s not all you receive. Especially if you’re rich and famous, you get something a wee bit extra — a push present. Now, if you aren’t a celebrity, the gift is something sweet and somewhat sensible, such as a bouquet of flowers, a charm necklace with your baby’s initials or maybe a cute teddy bear (which is more a present for the baby than you). Then there are those other moms, the celeb mamas that are given totally over-the-top gifts. Here are eight celebrities and the push presents they received, because a girl’s gotta dream, right?

1. Kim Kardashian: “This pregnancy, I would love a Lorraine Schwartz diamond choker, like the ones I’ve worn before to the Art + Film Gala,” Kim K wrote. And Kim’s wishes tend to come true. After the birth of her son Saint, hubby Kanye West picked up one of these $1 MILLION chokers. Yes, a cool mil for a piece of bling.

2. Rachel Zoe: Of course Rachel Zoe would get something seriously stylish after the birth of her son Skyler: a *gigantic* Neil Lane ring. “Rodger wanted to surprise Rachel with something romantic — and huge,” designer Neil Lane said of the ring. “Rachel was thrilled and hasn’t taken it off since!” That’s saying a whole lot, since the rock is a hefty 10 carats.

3. Beyoncé: While husband Jay-Z could have gotten Queen Bey a more subtle push present when Blue Ivy was born (a blue bathrobe, a blue blankey or a keychain in a little blue box), he went all out. He reportedly gave Beyoncé a blue 8-10 carat diamond ring. Bonus points for keeping in the theme of his daughter’s name. We can’t wait to see what’s in store when the new twin Beybees arrive.

Happy 2nd birthday to my little man, Jax! This kid has brought so much joy and laughter to my life...it wouldn't be the same without my baby bull 💕🎂

4. Kristin Cavallari: While others got jewels, the author and former reality star received a status bag from her star football player hubby Jay Cutler. “I got a gray [Hermès] Birkin bag,” Cavallari told People magazine, adding, “I was really excited about it. [Jay] did a good job.” Yeah, I think anytime someone gives the gift of a Birkin bag, they’re doing a pretty good job.

5. Tori Spelling: Tori Spelling is due for another push present! She and hubby Dean McDermott have had their ups and downs, but things seem to be on an upswing, since she’s currently pregnant with baby number five. When they welcomed son Finn in 2012, Dean gave his wife a gorgeous 10-carat jade and gold ring. A fifth child is quite a landmark, so Dean may need to up the ante (if it’s possible after that huge ring of a push present).

6. Jessica Alba: What time is it? It’s time to be jelly of Jessica Alba’s push present. After their first daughter was born, her husband Cash Warren slipped a gold and diamond Franck Muller watch (worth about $54,000) onto her wrist.

7. Nicole Kidman: This isn’t exactly a “push” present, since Nicole Kidman didn’t actually do any pushing (their children were born via a surrogate), so they’re more “new mom” presents. When their first daughter was born, hubby Keith Urban gave her a $73,000 Cartier Trinity ring set with multi-colored pavé diamonds, and when daughter Faith was born, he reportedly gifted her a $120,000 cross necklace. Bling, BLING!

8. Jennifer Lopez: Back in the day, when J-Lo and Marc Anthony were a couple, her then-husband gave her Canary diamond earrings and a huge matching ring when their twins were born. The set was reportedly valued at around $2.5 million. Yes, that’s TWO AND A HALF MILLION! But, you know, she gave birth to twins, so, there’s that.

Which push present do you think is the best? Tell us @BritandCo!

Sunny Chanel
Sunny Chanel is a freelance writer as well as the founder of the whimsical site Wonder and Company. When this proud San Franciscan isn't writing, working on her fixer-upper or doing crafts, she is playing dress up with daughter and planning her next trip to Disneyland.
Gifts
Parenting
GiftsPregnancy