Celebs React to the Heartbreaking News of Carrie Fisher’s Passing 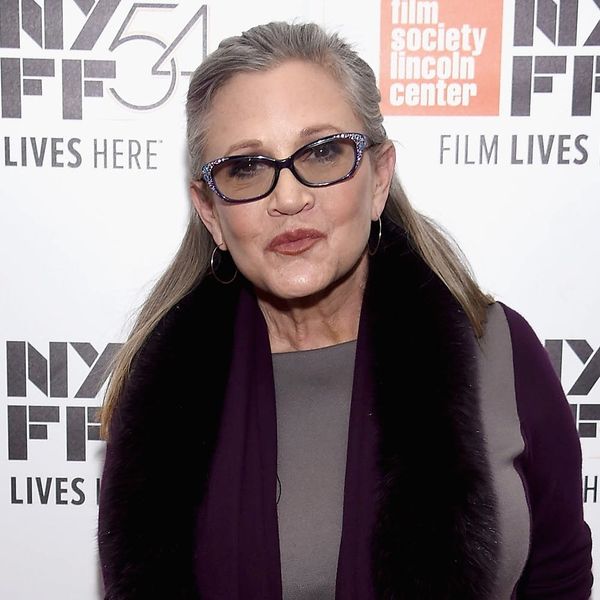 As if we haven’t shed enough tears today, there’s heartbreaking news out of Hollywood: Carrie Fisher has passed away. Just days after suffering a heart attack and showing us her strength once more, despite reports yesterday that she was in stable condition, we’ve lost one of the industry’s most remarkable icons.

While we try to come to terms with the latest devastating loss of 2016, the stars are coming out to share their respects, their thoughts and their heartache…

I'm deeply saddened to learn of the death of Carrie Fisher. I will miss our banterings. A wonderful talent & light has been extinguished.

We just lost a great ally for mental health and addiction. Be strong, be as strong as she'd want you to be. Rest in paradise @carrieffisher pic.twitter.com/vxDJkVag06

My life goal as a kid was to have buns like Leia. I had a definitely flammable Star Wars bedspread cause of her. RIP @carrieffisher 😰 pic.twitter.com/gUOxbsFomH

She was the brightest, funniest, bravest, kindest, cleverest and sweetest person I ever knew. A crushing blow to lose @carrieffisher

Such a sad day for her family, friends and millions of fans. Carrie Fisher is deeply missed.

Carrie Fisher was smart, funny, talented, surprising, and always a hell of a fun time to be around. Family Guy will miss her immensely.

#CarrieFisher was so witty and provocative and unrelentingly interesting. Goddamn, I loved her. Everyone did.

And some just can’t hide how upset this makes them…

No. No. Fuck this shit. Carrie Fisher is a fucking legend and this is bullshit.

Are you heartbroken over Carrie Fisher’s passing? Tweet us @BritandCo!