This Girl Fought Against a Boys-Only Science Club and Won 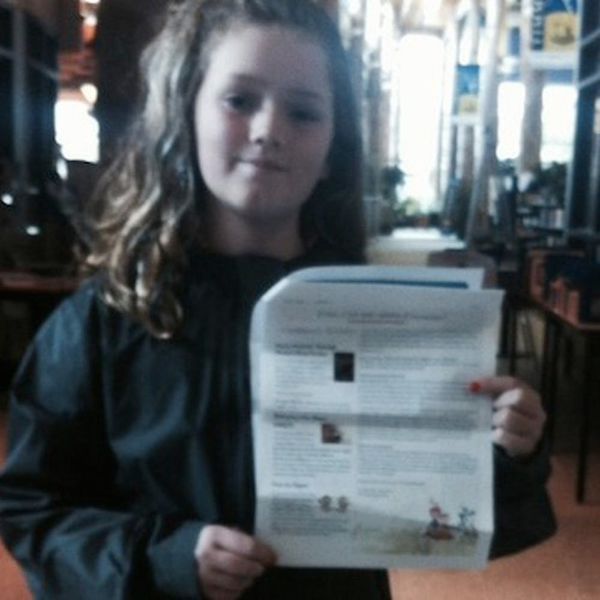 Like the late, great Whitney Houston, we believe that children are the future. Specifically, we believe that girls who become women in STEM careers are our future (a future full of awesome inventions, no less). With study upon study showing that tech jobs are the best bet for high pay and that the field is in desperate need of diversity, it is still surprising that girls have to fight on the daily just to break in.

Such was the case with Cash Cayden, a Canadian girl who tried to join a robotics club at her local library. According to her Change.org profile, Cash was turned away when she tried to attend the club listed on the library calendar as a “special boys program, ages 9-12 years old.” Cash says a library official explained to her that “boys’ academic and literacy skills don’t improve over the summer break,” and thus they needed a special club all to themselves. Like any future girl boss would, Cash took action.

She started a Change.org petition asking for the library to expand their program so that it didn’t discriminate against young women. The petition is getting major support on social media (including special shout outs from My Little Pony voice actors). Adult women working in robotics have reached out to Cash, some even offering to personally mentor her if the club still denied her access.

After gaining over two thousand signatures, the library issued an apology and opened the club to kids of all genders. We consider this one small step for girls and one giant leap for womankind.

If you or a young girl in your life has an interest in STEM or STEAM, check out our coding section to find out ways to get started!

Have you ever been discriminated against because of your gender? Tell us in the comments.

Molly Sanchez
Molly Sanchez is a writer, comedian and lover of burritos everywhere. She has written for The Bold Italic, Liquid Bread, Thrillist and HelloGiggles. She devotes her time to Bloody Mary research, exploring San Francisco and promoting wide spread shower beer awareness and appreciation. Find her on Twitter @seriousmolly trying to get famous people to laugh at her jokes or on Instagram @mollyfuckingsanchez where she swears a lot.
science
Tech
science STEM
More From Tech