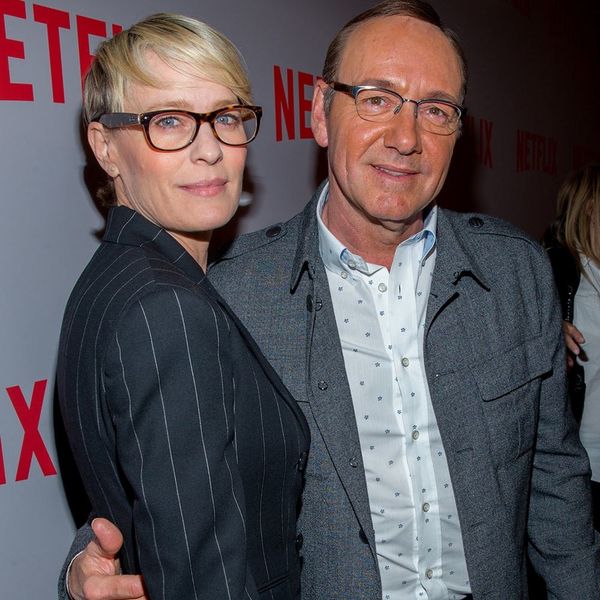 The gender wage gap is a real (and major!) issue in 2016. Celebrities like Jennifer Lawrence and Amanda Seyfried have opened up about their experience getting paid less than male costars, but that’s not all. A recently published study has shed some serious light on how much money it will cost women over the course of their careers ($430K BTW). To help bring more attention to the topic, House of Cards’ Robin Wright recently spoke about her experience with equal pay during a talk at the Rockefeller Foundation on Tuesday.

According to The Huffington Post, she told the audience she recently told the show she wanted to be paid the same as the show’s lead actor Kevin Spacey. “It was the perfect paradigm,” she said. “There are very few films or TV shows where the male, the patriarch, and the matriarch are equal. And they are in House of Cards.”

She went on to say, “I was looking at the statistics, and Claire Underwood’s character was more popular than [Frank’s] for a period of time. So I capitalized on it. I was like, ‘You better pay me or I’m going to go public…’ And they did.” We’re throwing ALL the emoji praise hands to Robin for this epic girl power move. If this has left you inspired to ask for more, follow these five steps before asking for that important meeting with your boss!

Cortney Clift
Cortney is the senior writer and special projects editor at Brit + Co. She typically covers topics related to women's issues, politics, and lifestyle. When she's not buried behind her computer you'll find her exploring New York City or planning her next big adventure.
Feminism
Celebrity News
Feminism