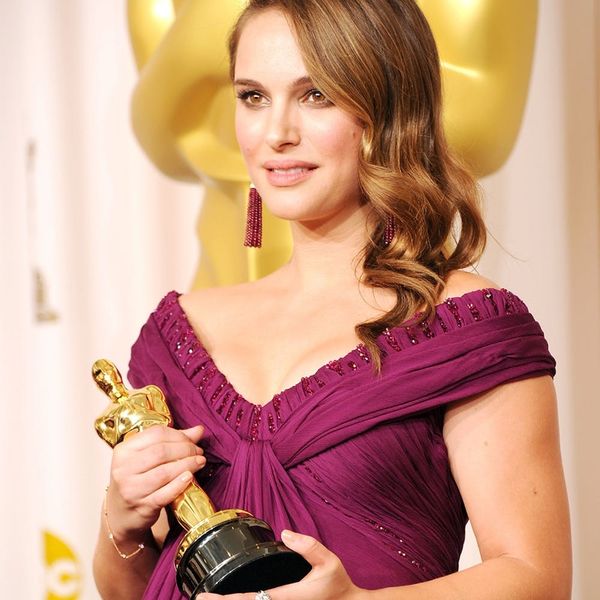 Natalie Portman has won 25 awards so far for her work as an actress. Included in that collection is an Oscar, a Golden Globe, a SAG award and a BAFTA. Ashton Kutcher has won 10 Teen Choice Awards and a People’s Choice Award for Favorite Online Sensation. But somehow, someway, Kutcher was paid three times as much as Portman when they starred in the rom-com No Strings Attached together — a year AFTER Portman’s Oscar-winning turn in Black Swan.

During a recent interview, Portman revealed to Marie Claire UK, “There’s this thing with ‘quotes’ in Hollywood… His [Ashton’s] was three times higher than mine so they said he should get three times more. I wasn’t as pissed as I should have been. I mean, we get paid a lot, so it’s hard to complain, but the disparity is crazy.”

For a bit more context, a “quote” in Hollywood is essentially an actor’s rate. It’s their customary asking price for services rendered and is based on a progression of fees over the course of their career. How Ashton’s rate was triple whatever Portman’s was at the time is baffling but sadly not unheard of when it comes to wage gap issues.

In Jennifer Lawrence’s now-famous essay for Lenny Letter about her experience with a wage gap she writes, “When the Sony hack happened and I found out how much less I was being paid than the lucky people with dicks, I didn’t get mad at Sony. I got mad at myself. I failed as a negotiator because I gave up early. I didn’t want to keep fighting over millions of dollars that, frankly, due to two franchises, I don’t need.”

Among the women in Hollywood, there appears to be this shared idea that you shouldn’t ask for what you don’t need. These women aren’t about to go hungry — they’re making millions regardless. So is it really worth it to speak up when you’re still going to be able to walk about with a down payment for a Porsche? In short, yes. Because all the male actors aren’t afraid to ask for more, and they’re getting it.

Statistically speaking, men are more likely to negotiate their salary. According to a survey conducted by Pay Scale, women feel uncomfortable negotiating 31 percent of the time, whereas men only reference the same reasoning 23 percent of the time.

So say it with me now: BEING PUSHY IS GOOD. Pushiness pushes you ahead. While it may feel scary to ask for more, it’s important to remind yourself that it’s a normal part of salary discussions, and to be honest, your boss is probably anticipating a bit of pushback. If you need more incentive to have the conversation, here’s some food for thought: If you don’t negotiate you could end up losing over a million dollars over the course of your career.

Aside from the intimidation issue, the Portman-Kutcher revelation brings up something else we should all be reminded of, which is that wage doesn’t necessarily merit worth. If you discover your colleague — who you are just as qualified as — makes more than you, that’s not necessarily because they’re better at the job than you. It means they may have been more aggressive during their hiring process or that they started with a higher asking price due to years of negotiation — and sexist assumptions about men being more capable — that has now put them ahead.

As Portman puts it, “I don’t think women and men are more or less capable. We just have a clear issue with women not having opportunities. We need to be part of the solution, not perpetuating the problem.”

Update 1/12: Yesterday Ashton Kutcher decided to chime in about the Natalie Portman wage gap controversy with a simple tweet of support.

So proud of Natalie and all women who stand up for closing the gender pay gap! https://t.co/AV1uYY6KIe

Kutcher joins the other numerous actors who have recently been pulled into this conversation. After Lawerence’s essay, Bradley Cooper was asked to chime in with his thoughts on the topic with E! News. He responded, “If you think that you only deserve a certain amount and that’s not correct, it’s about changing that mindset and sticking up for yourself the way.”

Cortney Clift
Cortney is the senior writer and special projects editor at Brit + Co. She typically covers topics related to women's issues, politics, and lifestyle. When she's not buried behind her computer you'll find her exploring New York City or planning her next big adventure.
money
Celebrity News
money
More From Celebrity News