9 Celebrities Who Made Us Wait for Their Baby Names 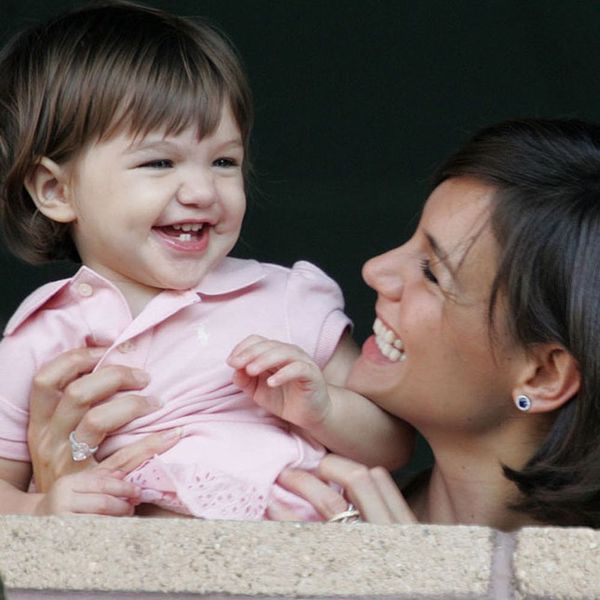 Earlier this year, we waited just a few days to learn that Will and Kate named their new princess Charlotte Elizabeth Diana. The unusual baby name Beyoncé and Jay-Z chose was outed by Beyonce’s celeb BFF, Gwyneth Paltrow, in a congratulatory Tweet. At other times, the new celeb parents might be truly divided on which name to choose – a situation many of us can relate to! But more and more often, we’re waiting months — even years — before we learn the creative baby names that our favorite high-profile families choose. We’re taking a look at nine celebrity families who made us wait to learn their children’s unique baby names.

1. Suri: Back in the ancient days of April 2006, before the launch of Twitter, Tom Cruise and Katie Holmes welcomed a daughter, but that’s about all TomKat shared for months. The couple’s relationship made headlines from the moment Tom jumped on Oprah’s couch. Interest in the new arrival was sky high, but it wasn’t until the October 2006 edition of Vanity Fair that we learned the unusual name Tom and Katie had chosen for their daughter. The five-month wait wasn’t the longest on this list, but it might have been one of the most memorable.

2. James: Blake Lively and Ryan Reynolds welcomed a daughter at the end of 2014. Rumors about the new arrival’s name were rampant. For a few days, it looked like her name was Violet, leaked by a hospital employee. But the new dad waited until March 2015 to confirm her name on a TODAY Show appearance. It generated yet another set of headlines over her borrowed-from-the-boys name.

3. Caspian: Many of us grew up with Neve Campbell, as she graduated from the sensitive sister on Party of Five to the resilient Sidney, facing down Ghostface in the Scream series. There was no official birth announcement for son Caspian, but a few months after his August birth, she did reveal that she and husband JJ Feild had sought out a name as unusual as her own.

4. ChristopherCarlton: Actor Benedict Cumberbatch has one of the most distinctive names in Hollywood today, so we were all curious to hear what he and Sophie Hunter would name their firstborn. They welcomed their son in July, but it wasn’t until September that we learned the couple had stuck with the classic Christopher for their son’s first name, and chose family name Carlton for the middle.

5. Edie: Keira Knightley and James Righton welcomed their daughter in May, but the new mom waited until an interview for the September issue of Elle magazine to reveal her daughter’s name.

7. Esmeralda: Rumors flew in the weeks after Eva Mendes and Ryan Gosling welcomed their daughter. Several sources reported that they’d named her Preciosa, the Spanish word for precious. Instead, in October we learned that her name was Esmeralda, and a few weeks later, Eva shared that she and Ryan were inspired by The Hunchback of Notre Dame to choose the gemstone name for their daughter.

8. Elula: Isla Fisher and Sacha Baron Cohen welcomed their first child back in 2007 and named her Olive. Since they’d chosen such an ahead-of-the-curve name the first time, we were curious to know what they’d name baby number two. Their daughter arrived in August of 2010, but we didn’t learn her name — Elula Lottie Miriam — until March 2011. Their third child was born earlier this year, but we learned Montgomery Brian Moses’ name not long after his March arrival.

9. Atlas: The record for the longest-delayed name announcement might belong to Edward Norton. He and Shauna Robertson welcomed a son in March 2013, but it was nearly two years later that we learned his name: Atlas. That puts the couple exactly on trend. Atlas re-entered the US Top 1000 after more than a century’s absence, and is currently at its most popular.

What do you think about this trend? Let us know in the comments below!