10 Celebrity Hotels Worth Saving Up Your Points for 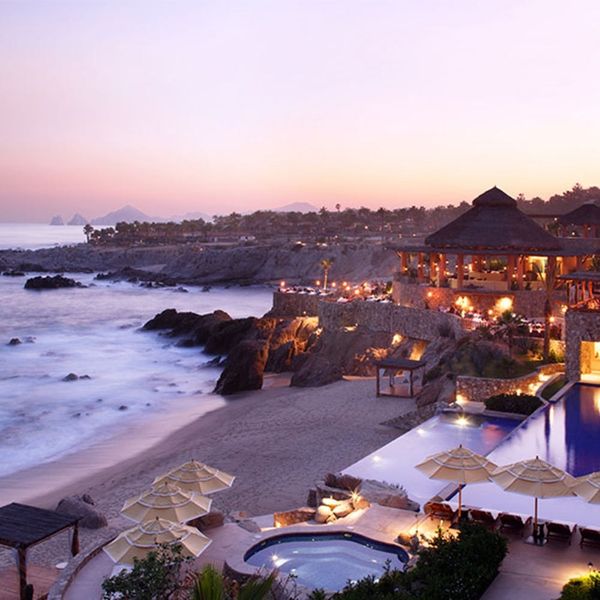 Let’s be honest; whether or not you have spring break plans, you probably have a major case of cabin fever. If you’re looking for a place to get away for a (very extravagant) vacay, or even just want to ooh and ahh over places that are way cool, then you’ve come to the right spot — where your fave celebs have stayed. Scroll through these nothing-but-5-star hotels and resorts to see where the A-listers jet set and get inspired for your next trip. Come on, they make apps for last-minute deals at these places too, right?!

1. Beverly Wilshire: We’re starting off with one that’s basically a given. The Beverly Wilshire is a total hotspot for A-listers, including our fave, Rihanna. We would even go just to see that beautiful chandelier in person. (Photo via Rich Polk/Getty)

2. L’Ermitage: Located in Beverly Hills, L’Ermitage is one of the finest luxury hotels in Los Angeles and celebs like Penelope Cruz seem to love it. Yeah, the pool is pretty nice too, we guess… (Photo via Pascal Le Segretain/Getty)

3. Skylofts at MGM Grand: MGM Grand is situated in Las Vegas and is a total hotspot for celebs like Jennifer Aniston and Jimmy Fallon, but strictly in the Skylofts, of course. P.S. Is that not the prettiest pillar you’ve ever seen? (Photo via Jason Merritt/Getty)

4. Sandy Lane: Mmmm, doesn’t Barbados sound nice right about now? Sandy Lane has housed Gwyneth Paltrow, Rihanna and even Simon Cowell. While the inside is totally luxurious, we’re thinking we would want to spend most of our time poolside. (Photo via Jason Kempin/Getty)

5. St. Regis: Hawaii sounds great, but you know what sounds even better? Staying in a resort that has Jennifer Garner and Ben Affleck’s stamp of approval. (Photo via Jason Merritt/Getty)

6. The Standard Hotel: Well, this hotel is anything but a standard stay in New York. And yes, that IS the view from your bathtub. *swoon* (Photo via Kris Connor/Getty)

7. Esperanza: Esperanza – even the name sounds fancy. If you’re looking for a romantic getaway with gorgeous views, this Cabo San Lucas stay is a must. Need more convincing? This is where LeAnn Rimes and Eddie Cibrian honeymooned back in 2011. (Photo via Noel Vasquez/Getty)

8. The Lanesborough: We’d be lying if we said that staying in a place where Madonna has previously rested her head wasn’t a dream. The Lanesborough in London? Yes, please. (Photo via Jason Merritt/Getty)

9. One & Only: If you’re looking for a tropical getaway, One & Only in Los Cabos, Mexico is the place for you. Maybe you’ll even find a former Two and a Half Men star basking in the sun right beside you. (Photo via Frazer Harrison/Getty)

10. Le Sirenuse: This magical hotel in Italy is recognized all over the world, so naturally our girl Reese spent her honeymoon here in 2011. (Photo via Frazer Harrison/Getty)

Okay, now that you’re shocked at what a *real* vacation looks like, let us know in the comments what your dream vacay is.

Samantha Tagher
Sammy was born and raised in the great state of Kentucky and attends the University of Kentucky, where she studies Marketing and Merchandising, Apparel + Textiles. She loves a great DIY project, is a loyal Apple customer and has a *slight* obsession with nail polish, office supplies and, of course, her seven pound toy poodle, Buddy.
Home News
More From Home News