11 Celebs Who Had the Most Epic Labor Day Weekend 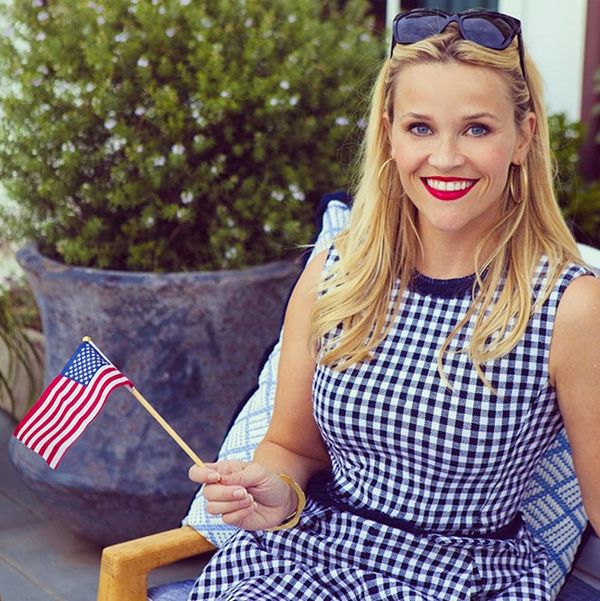 If you were off work on Labor Day, here’s hoping you resisted organizing your closet or cleaning the kitchen and ended summer with a bang. Maybe you hosted a barbecue, lounged by the pool or boarded a plane for a long weekend getaway. Or perhaps you were busy attending a holiday wedding like Kim and Kanye. Going back to work today will be pretty rough after a weekend of fun, but we’ve rounded up some celeb Labor Day Instagram pics to keep the summer spirit alive for just a bit longer. And look on the bright side: Now that beach season is over, it’s pumpkin spice latte time!

1. Drew Barrymore: Drew continued her travels in France over Labor Day weekend and posted a pic of herself lounging on a comfy couch sipping wine at La Colombe D’Or hotel. During her trip, the star also did some research for her company, Barrymore Wines. (Photo via @drewbarrymore)

2. Kourtney Kardashian: The newly single Kourtney looked amazing in a gold bikini as she rode a tricycle without handles. Peoplereported that the reality star also spent the holiday weekend visiting an animal shelter with her son Mason. (Photo via @kourtneykardash)

3. Andy Cohen: Andy’s shadow is all that can be seen in this desert-like photo of Two Mile Hollow Beach in East Hampton, NY. According to Instagram, the talk show host also spent the weekend playing football and hanging with his “spirit animal,” Bill Persky, on Shelter Island, NY. (Photo via @bravoandy)

4. Lady Gaga: Lady Gaga looked totally Zen while dipping her toes in the water and showing off a toned tush. “In my gypsy palace I heal my soul,” she posted via Instagram. (Photo via @ladygaga)

5. Bella Hadid: The 18-year old model spent some quality girl time in East Hampton, NY this Labor Day. We can still feel the sun on our skin as we look at this fun beach pic. (Photo via @bellahadid)

6. Blake Lively: It looks like Blake used her long weekend to pick up a new skill. The actress shared this snap of her hanging ten alongside the caption, “This. Happened. …And then I fell on my a double s the rest of the day. But no one needs to know that.” Blake, you got a solid Insta shot and really that’s all that matters. (Photo via @blakelively)

7. Reese Witherspoon: This all-American girl spent the day in a pretty traditional way: Barbecuing and waving around the American flag. Of course she also used the occasion to show off yet another gorgeous Draper James dress. (Photo via @reesewitherspoon)

8. Beyoncé: In typical Beyoncé fashion, the legendary diva spent the holiday working. She snapped a bunch of photos over the course of the weekend of her performance from Philly’s Made in America festival and even shared some adorable snaps of Blue Ivy following in her mom’s footsteps. (Photo via @beyonce)

9. Lupita Nyong’o: Lupita headed over to NYC to check out the Broadway play, “Hamilton” a critically-acclaimed show about one of America’s founding fathers, Alexander Hamilton. (Photo via @lupitanyongo)

10. Kim Kardashian and Kanye West: Obviously, Kim and Kanye didn’t just hang out by pool this weekend. The ultra-glam couple lived up to their reputation by attending a wedding in some super sharp looking duds. Looking good, Kimye. (Photo via @kimkardashian)

11. Dwayne “The Rock” Johnson: And then The Rock just you know, casually saved some puppies from drowning in his backyard. His two French bulldog pups were hanging out in his backyard when they both decided to jump head first into the water. Dwayne then jumped in fully clothed to save the day but didn’t get out until he had a photo to document the act of heroism. (Photo via @therock)

What did you do over Labor Day weekend? Let us know in the comments.

Corie Hengst
Corie is a freelance writer, editor and self-proclaimed grammar nerd. Over the years, she has written and edited a variety of articles ranging from travel to finance to beauty. When she’s not writing, you can find her surfing travel websites, cooking and teaching at Gotham Writers’ Workshop in New York City.
Kardashians
Party
Kardashians