15 of the Best Celebrity Prom Photos Ever 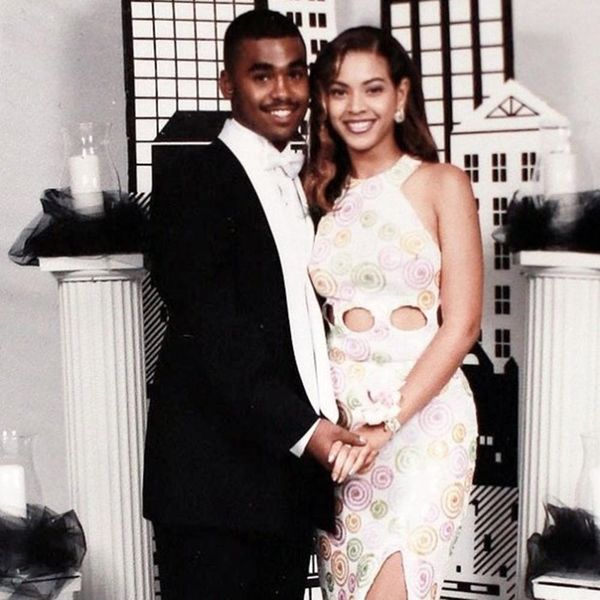 The Internet is an amazing thing. Especially when it comes time for #TBT moments. One of the best ways to dive down the throwback tunnel is digging up celebrities during their high school days, prom, graduation and all. While a lot of these looks aren’t exactly trending right now, we would totally be into some DIY prom recreations of some of these.

2. Taylor Swift: Surely the singer took to the dance floor and shook it all night long. Shake, shake. (via Teen Vogue)

3. Matthew McConaughey: Before Magic Mike and that Oscar, the Texan stepped out with his total ’80s date for an unforgettable evening. (via @leahkpickett)

4. Jimmy Fallon: The Tonight Show host’s date is looking mighty peachy in this ensemble. (via @jimmyfallon)

5. Ellen DeGeneres: The only lady that could pull off a full-on plaid dress is the talk show host. And even that’s up for debate. (via Ellen)

6. Michelle Obama: FLOTUS knows how to rock a high slit. (via The Atlantic)

7. Scarlett Johansson + Jack Antonoff: We’ve only got two thoughts for this duo. 1. Just say no to those gold hoops, Scarlett. 2. Where was Lena Dunham?! (via Lost in Scarlett Tumblr)

9. Kim Kardashian: It’s a shame we weren’t keeping up with the Kardashians back then. This would have been an entertaining episode. (via New York Daily News)

10. Tyra Banks: The model is definitely giving us next top prom queen. (via Young Hip + Chic)

11. Danielle Fishel + Lance Bass: Talk about a power late-’90s prom duo! Whether the Girl Meets World star and *NSYNC band member took home prom queen + king at the dance or not, they definitely receive honorary mentions from us. (via @daniellefishel)

12. The Full House/Fuller House Cast: Most of the cast gathered together to send Andrea Barber off to the dance for literally the best pre-prom party ever. (via @andreabarber)

13. “Snooki” Nicole Polizzi: Before conquering the shore, the reality show star headed to prom in a classic early ’00s look (spray tan and all). (via Snooki Nicole)

14. Josh Duhamel: Yeah, he may have looked a little confused about where he was going but even with that somewhat-mullet, Fergie’s husband still could have taken home prom king. (via @joshduhamel)

What other celeb prom photos do you want to see? Let us know in the comments.