Selena Gomez + the Kardashians Are Obsessed With This WTF Fitness Trend 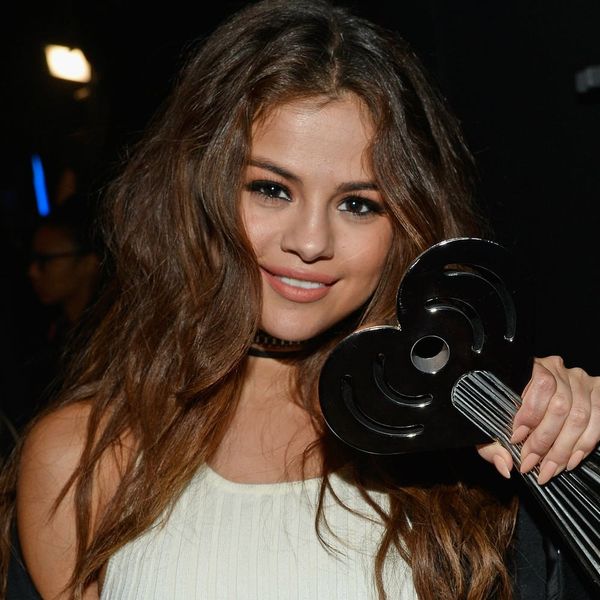 Selena Gomez has come a long way from her tour diet days of Red Bull and Cheetos. These days, girlfriend is not only equipped with a celebrity trainer to help her eat right and work out on tour, she’s jumping on the latest celeb beauty crazy bandwagon with her own personal burrito sweat bed (inspired by the Shape House sweat treatment, $45) to boot.

“[It] looks like a burrito that I wrap myself up in, and I sweat for about 45 minutes,” she told Elle. “You lay in these beds in a sweatsuit, and they wrap you up… it releases all the toxins out of your body. You feel kind of equivalent to the sauna, but it gets your heart rate up.”

Selena goes as far as to say that the practice has actually changed her body and her skin, making it feel softer. She’s not alone: Demi Moore and the Kardashians are also big fans — the procedure sparked a waitlist when it appeared on an episode of their famed reality show back in 2014.

The site itself claims each session will burn between 800-1,600 calories with a clothing size loss of one size within six to 10 treatments. It also claims to improve tone, clarity and texture of skin, as well as to reverse sun damage. Wow. All that (plus supposedly relaxed mind and muscles) for just $45? How is this even real?

Sweat for longer sleep during the long weekend. Sweating deeply means a deeper relationship with who you are between the sheets. Double tap if you're planning to rest and rejuvenate this weekend! ☁️💦 #SweatforSleep #SleepRevolution

It’s certainly not the first wacky craze we’ve heard of celebs going gaga for — remember that whole, um, Gwyneth Paltrow lady bits steam bath? — and it also wouldn’t be the first one we’ve desperately wanted to try (check out what happened when we tried crazy lip trends IRL), but it’s not entirely without its critics.

Dr. Larry Santora, a cardiologist and medical director of Cardiac Rehabilitation at The Dick Butkus Center for Cardiac Testing at St. Joseph Hospital in Orange, California, told LA Weekly back when the Keeping Up With the Kardashians episode aired that while there “is a slight benefit… because you’re going to lose water weight,” it would come back as soon as you consumed water or salt. He also said that the toxins being released by the procedure would naturally be released through normal bodily functions, anyway. “When it sounds preposterous, it usually is,” he told the outlet.

Hmmm. This one sounds like a toss-up, but one thing is for sure: Selena looks AMAZE.

Nicole Briese
Nicole is the weekend editor for Brit + Co who loves bringing you all the latest buzz. When she's not busy typing away into the wee hours, you can usually find her canoodling with her fur babies, rooting around in a bookstore, or rocking out at a concert of some sort (Guns N' Roses forever!). Check out all her latest musings and past work at nicolebjean.com.
Beauty Trends
Celebrity News
Beauty Trends
More From Celebrity News