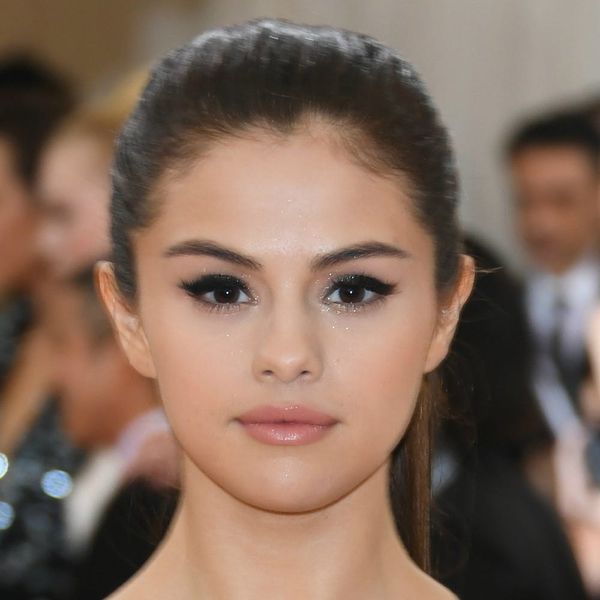 We’ve all probably been at least a little guilty of slacking on our diets a bit when it comes to traveling (*slowing raising hands*), but as it turns out, we’re not alone: Celebrities give into their gas station-style cravings while on the road, too! Just ask Selena Gomez. While the singer’s tour makeup is sure to be on point thanks to this YouTube artiste, her former tour diet revelation is downright shocking.

Taking a page out of Bella Hadid’s diet playbook with regard to nourishment on the go (livin’ that pizza lyfe!), Selena recently spilled to Entertainment Weekly that her go-tos used to include, well, a lot of junk. “[On my tour rider] I used to have chicken pot pie, Hot Cheetos, Gatorade, Red Bull if I needed a pep in my step,” she admitted.

Wait, on the low though... This was backstage. Why do you think I covered my stomach during the show?? 😂😭 watch on CBS!!!

It wouldn’t be the first time Selena’s gotten real about her affinity for less-than-stellar food choices (“Wait, on the low though…” she captioned this shot of her noshing on some Mickey D’s (all you can eat?) fries, “This was backstage. Why do you think I covered my stomach during the show?”) she asks, referring to the Victoria’s Secret fashion show she performed at last year.

Ay yi yi! While Selena can surely afford to let loose once in a while, we’ve got a sneaking suspicion that nutritionists might not have been 1,000% on board with her past choices of Cheetos and Red Bull for dinner on the reg. With regard to her upcoming Revival tour, however, Selena told the outlet that she’ll definitely be a little more health-conscious.

“Nope, I can’t do that,” she lamented about her earlier food fixes. “My trainer won’t let me eat [junk], but I can still have my pot pies. Just not every day,” she added. That sounds fair enough — after all, girl’s only human, and a little bit of comfort food is downright ness from time to time, don’t you agree?

Are you astonished by Selena’s former go-to meals? Let us know over @BritandCo!

Nicole Briese
Nicole is the weekend editor for Brit + Co who loves bringing you all the latest buzz. When she's not busy typing away into the wee hours, you can usually find her canoodling with her fur babies, rooting around in a bookstore, or rocking out at a concert of some sort (Guns N' Roses forever!). Check out all her latest musings and past work at nicolebjean.com.
Diet
Celebrity News
Diet Fast Food
More From Celebrity News