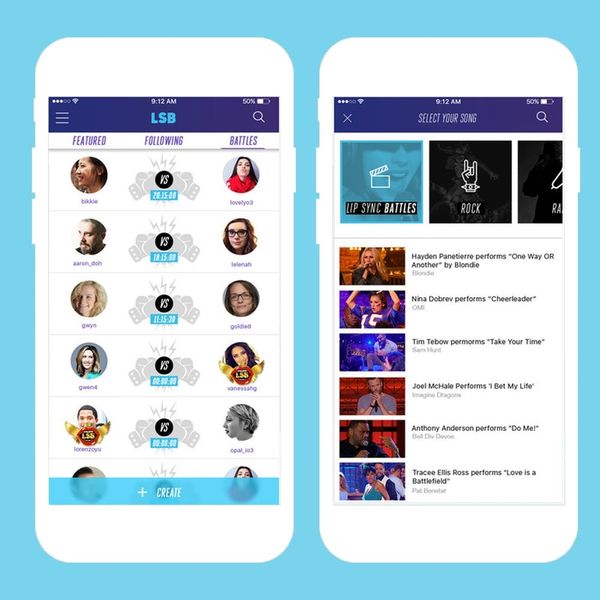 It’s not easy to spend enough time with our friends. Even though we love them more than (mostly) everything on this planet, we can get caught up in our own lives, OR everybody has a different schedule OR everybody in your squad lives in a different city. No matter the reason it’s been impossible to chat with everybody, we’ve got five new apps that will make catching up easy (whether that’s digital or IRL).

1. Lip Sync Battle: Your favorite celeb game show is now an app for you and your friends. Pick your fave song, dance it out and challenge your BFFs to a duel.

2. Sprayscape: Google has a whole division of apps that are just made to show off new technological advances. This is one of them. It will let you take a 3D image of yourself and your surroundings (although, warning: It won’t look perfect) and then send it to your friends, who will be able to view it in Virtual Reality.

DL It: Free on Android

3. Phone-a-Friend: It can seem impossible to schedule time to catch up with friends when everyone’s free. This new app solves that by sending out an alert whenever you’re free for a phone call. You say how long you’re free for and then one friend (or several) can ring you to catch up.

4. The Inner Circle: This exclusive dating app is popular around Europe, and now it’s landing in the states. Users have to apply to join, but once approved, you’ll be able to not only see who’s around you, but make plans to meet up somewhere else if you’re traveling.

5. Tribe: All we have to say about this app is “whoa.” It’s a video chat app, but the AMAZING new feature is that it will listen to what you’re saying and show relevant links on screen as you’re talking. So if you’re talking about a news story, “magic words” will show up with links to social media. The app will also help you make plans via speech and save them in your calendar.

Which was your favorite app this week? Let us know @BritandCo!

Cailey Rizzo
Cailey is a junkie for all things pop culture. She studied journalism and English literature at SUNY Purchase, then continued studying French cinema and literature at Paris IV Sorbonne. She currently lives in New York where she can often be found singing '70s music at karaoke bars.
Apps
Tech
Apps Tech News