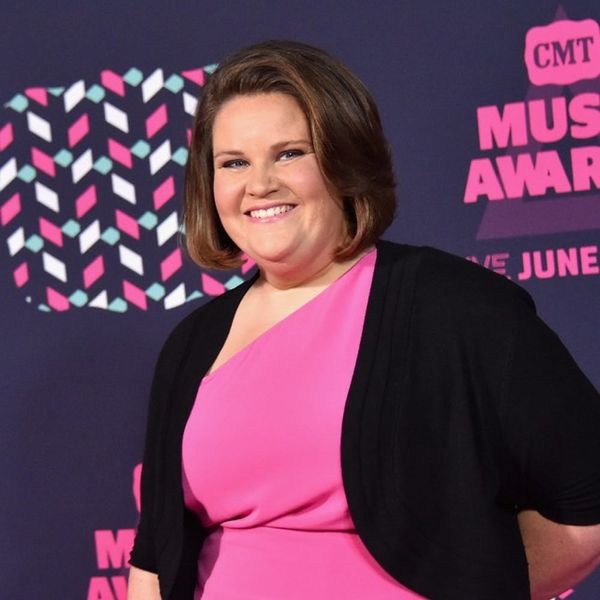 Chewbacca Mom certainly knows how to ride the wave of her 15 minutes of Internet fame. Since laughing over her Star Wars mask and broadcasting the simple joyful experience across Facebook (viewed 156 MILLION times), she’s been banking some serious cash. Between free swag, various trips (including New York, California and Disney World), TV and live appearances, attending the CMT Awards (yes, she had the mask with her), not to mention full college scholarships for her entire family, Chewbacca Mom has taken in nearly half-a-million dollars since first going viral. Wowza! But if you want a memento from this new Internet star, you’re gonna have to pay up, because she’s now charging for autographs.

Making an appearance at Dallas’ Fan Expo on Sunday while wearing a shirt featuring herself in the now-infamous mask, Candace Payne (AKA Chewbacca Mom) nabbed a prime spot, with her booth situated next to Game of Thrones star Jack Gleeson (Joffrey Baratheon in GOT). Yep, that’s how much of a draw she’s become — she gets a spot beside an actor from one of the most popular TV shows of the moment.

But anyone who was hoping to get a pic with Chewbacca Mom needed to be ready to pay up. She’s now charging $20 a pop for a snap and autograph. It looks like she’ll soon be over that half-a-million mark. With a portion of the money she makes at the Dallas’ Fan Expo being donated to charity, she’ll still be making a pretty penny for herself — if she can keep her popularity rolling at least a few more months.

Would you be willing to pay for a Chewbacca Mom pic and autograph? Tweet us @BritandCo!

Desiree O
Desirée O is a ‘Professional Bohemian’ who loves anything and everything related to the arts, entertainment, and pop culture. She ADORES being a ‘Newsy’ for Brit + Co, covering all of the latest tidbits of awesomeness that you want to read about. When she’s not writing, she’s either making messy art, going on long adventurous walks with her camera, or poking around over at bohemianizm (http://www.bohemianizm.com/). You can find out about Desirée O and her work at http://DesireeO.com/ or follow her on Twitter @DesireeO.
Facebook
Pop Culture
Facebook Posts that contain video