Child Spacing: How Long Should You Wait Between Kids? 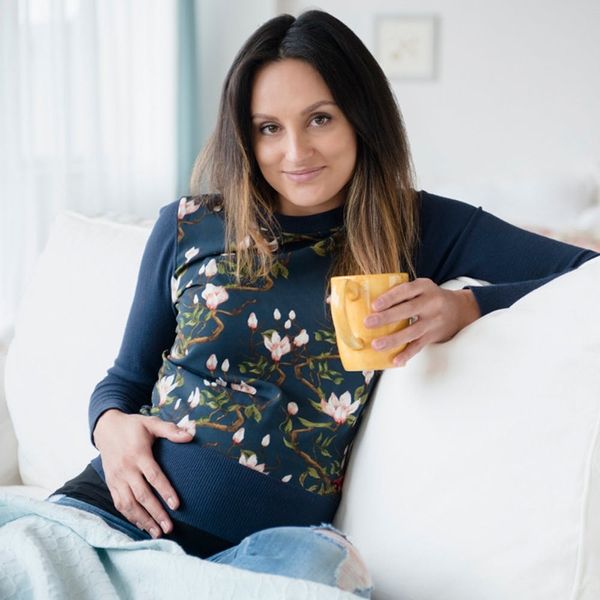 You’re standing in line at the grocery store, hugging your pregnant belly as you look on at the mama in front of you in astonishment. She’s got four under four, and it’s kind of a circus (to put it politely). The moment that “newborn baby zest” wears off, everyone from your BFF to Janet in the next cubicle is going to start asking when baby number two is due. Before you start listening to that tick, tick, tick of your bio clock as you approach (or pass) the magic age for having kids, check out these factors to consider before planning to get pregnant again.

1. The Hypothetical Baby’s Health: You’ve hopefully got one healthy newborn, and you don’t want your next to start with any less of an opportunity. While there’s no crystal ball to predict your future infant’s health, and you can’t cross your fingers and wish your way to your baby’s well-being, taking a break between pregnancies could lower the chance of complications. Waiting at least 18 months to conceive after giving birth may reduce the risk of preterm labor or having a low birthweight baby, according to the March of Dimes.

2. Family Finances: You’ve probably already started to figure out that babies are pricey. Seriously, there are numbers to back that up. The USDA’s most recent Expenditures on Children by Families report shows that annual expenses for a child tend to run a family anywhere from about $9K to over $23K, depending on the family’s income. Keep in mind, when you double the number of children you have, you could practically double the budget. Some things — such as housing costs — probably won’t change. But other expenses like childcare, food, and diapers will definitely go up (and up, and up).

3. Building BFFs: You’re super close with your sibs and want the same for your child. Or maybe you’re an only who’s always imagined what it would be like to have a built-in friend at home. Either way, you’re all about having kiddos who are each other’s best friends. If this sounds like you, having a second baby sooner rather than later is in order. Waiting too long means having children who are spaced so far apart that they’re in totally different places. Your toddler and fifth grader might get closer once they’re grown up, but they really won’t be into hanging together right now.

4. Your Work Life: Maternity leave in the US isn’t exactly fairy-tale long, so you decide to take some extra time off from work to be a SAHM. At least, for now. A shorter spacing in between babies means that you can condense your time away from your career. Of course, this hiatus could add up to five or six years — or more — which can seem like a long break in the middle of your #girlboss agenda. But if you opt for a wider spacing, you may be looking at putting your younger kids in daycare or taking an extra-early retirement.

5. Mommy/Child Bonding Time: Your baby’s on your hip and your toddler is at your knees, grabbing onto you, pulling and tugging. You’re torn. You want to spend some quality time with your tot… and your newborn too. Spacing your children further apart may give you a better chance at getting to spend mommy/child time with each on their own. When your eight-year-old is at school, you can have a lunch date with your preschooler. And when your preschooler is with their Saturday afternoon playgroup, you can spend time with your elementary-school-aged kiddo.

How long do you plan on waiting before getting pregnant again? Tweet us your thoughts @BritandCo.

Erica Loop
Erica Loop is a freelance writer living in Pittsburgh. When she's not busy creating kids' activities for her blog Mini Monets and Mommies, you can find her trying to hang out with her teenage son, being chased by her two Olde Boston Bulldogs or teaching a children's karate class (she's a third degree black belt!).
Family
Pregnancy
Family Pregnancy Womens Health