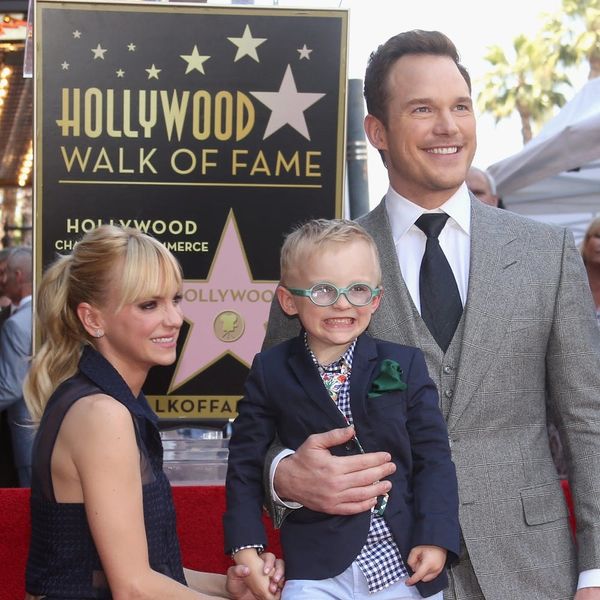 Chris Pratt may be charming us these days with his #WhatsMySnack installments as well as getting us amped for Guardians of the Galaxy 2, but in his latest interview, the talented actor, loving husband, and adoring father proves that he’s an even better person that you ever could have imagined.

Pratt and his wife, Anna Faris, have been open about the struggles their son, Jack, faced when he was born prematurely. “Anna and I went through a lot with our guy and spent a lot of time in the NICU,” the actor said, according to Yahoo. Yet, despite the trials the family has faced, Pratt added, “I can’t imagine a world where I don’t have [Jack] in my life.”

That’s why the 37-year-old has a special place in his heart for the children he meets who face similar health battles. Particularly, he talks about a young girl named Makenna Schwab. “We met through the Make-A-Wish Foundation. She’s very rare and very special,” Pratt said of the child who suffers from a developmental bone disorder called Larsen syndrome. “I just fell in love with her.”

Wanna come visit me on the set of the #jurassicworld sequel? In HAWAII!?!? The answer is, "YES!" Of course you do! Click the link in my bio. $10 for a chance to enter and every dollar goes towards an amazing cause!!!!!! Click the link to learn more about the contest and the amazing charity your $10 will benefit! Enter as many times as you want. And I'll see you in Hawaii!!! By the way I'm going to bug you I'll until you do this so you might as well just do it now. With love!!! -Chris https://www.crowdrise.com/jurassicworld

Because of this, the star is using his status to take his good work a step further. At Makenna’s request, Pratt is auctioning off a visit to the set of Jurassic World 2 in order to raise money for the orthopedic center at Seattle Children’s Hospital. For just $10 per ticket, you get a chance to have yourself and three of your friends flown to Hawaii for a Hollywood experience like none other. And, as Chris says, even if you don’t win, you’re raking in some great karma points.

Gotta love celebs who use their star-power to make the world a better place.

What do you think about Chris Pratt’s work with sick kids? Let us know @BritandCo!