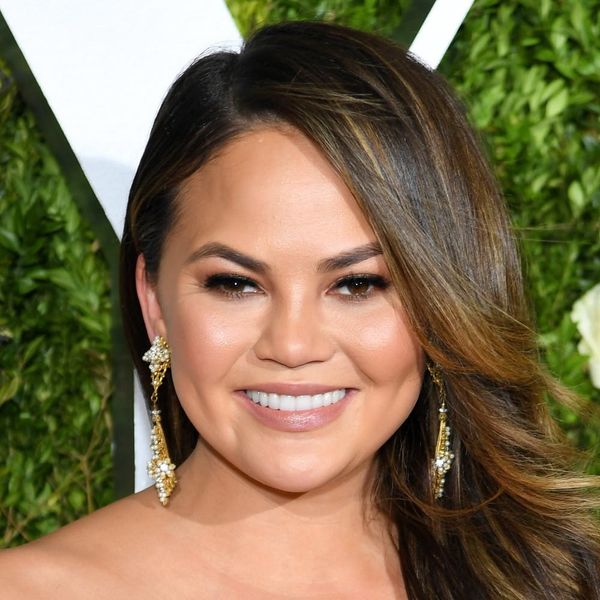 Chrissy Teigen is a master of social media. Whether it’s an adorable photo of herself and baby Luna in matching avocado swimsuits or a heartwarming video of her new puppy trying to bark, the mother of one knows what fans want. But even the Lip Sync Battle host has her slip-ups — literally.

In a recent Snapchat post, the cookbook author accidentally showed her nipple while attempting to show off her spray tan. The celeb’s admirers were quick to inform her about her overshare, to which she replied with a simple and honest “Whoops.” Hey, it happens! (Though, to be fair, for most of us it doesn’t happen in front of millions of followers around the world.)

The 31-year-old’s assistant was thankfully totally on top of the flashy sitch, deleting the video with lightning speed, as Teigen was all too happy to credit her for. She also sent her boss a message that showed not only her A+ competence, but the laid-back relationship the two share.

What is it like being an assistant in Hollywood, you ask? pic.twitter.com/Eo4qolTLxK

In true Chrissy fashion, the cheeky model also took to Twitter to “apologize” for the incident. “I just want to apologize to everyone I know. I’ve let my friends down. I’ve let my family down. Um, I have nipples. It’s not something I’m proud of.” LOL.

You gotta hand it to this star; she can turn pretty much any situation into a reason to make a joke and amuse her fans — even a nip-slip!

What do you think about Chrissy Teigen’s reaction to her accidental nip-slip? Let us know @BritandCo!

Desiree O
Desirée O is a ‘Professional Bohemian’ who loves anything and everything related to the arts, entertainment, and pop culture. She ADORES being a ‘Newsy’ for Brit + Co, covering all of the latest tidbits of awesomeness that you want to read about. When she’s not writing, she’s either making messy art, going on long adventurous walks with her camera, or poking around over at bohemianizm (http://www.bohemianizm.com/). You can find out about Desirée O and her work at http://DesireeO.com/ or follow her on Twitter @DesireeO.
Celebrities
Celebrity News
Celebrities Chrissy Teigen