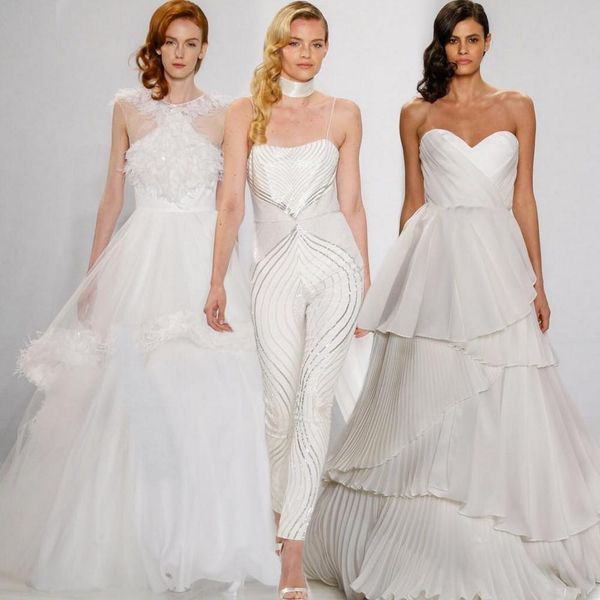 When it comes to reality TV competitions like Project Runway, you never really know if the winner is going to go on to achieve great things. But if there was ever a success story to emerge out of that type of show, it’s Christian Siriano. The quirky designer soared to the top during season four of the hit show. Since then he’s gone on to launch a successful ready-to-wear line, and his designs can regularly be spotted on the red carpet. But his romantic pieces have left his most devoted followers asking one question: What about a bridal line!? While Christian has dabbled in that realm before, he’s yet to dive into a full collection. However, that’s all about to change.

Christian has partnered with Kleinfeld Bridal (of Say Yes to the Dress fame) for his first official foray into the industry. Prior to this, Christian designed custom wedding dresses for his friends (like blogger Nicolette Mason), which have continuously been praised.

Initially Christian was just going to launch a capsule collection with Kleinfeld, but decided to take things a step further and debuted an official collection yesterday during bridal fashion week. The designer told Fashionista the line was inspired by “Monet and Degas paintings to capture an impressionistic, romantic feel.”

Yesterday’s runway debut included some traditional elements like jeweled accents, flattering empire waists and sweetheart necklines, but also spoke to the modern bride by featuring a dress with an ombré pink skirt, a sequined pantsuit and a dress with a midi hemline. The dresses will range in price from $3,500 to $10,000 and will be available in petite as well as plus sizes (YASSS).

Cortney Clift
Cortney is the senior writer and special projects editor at Brit + Co. She typically covers topics related to women's issues, politics, and lifestyle. When she's not buried behind her computer you'll find her exploring New York City or planning her next big adventure.
Wedding Style