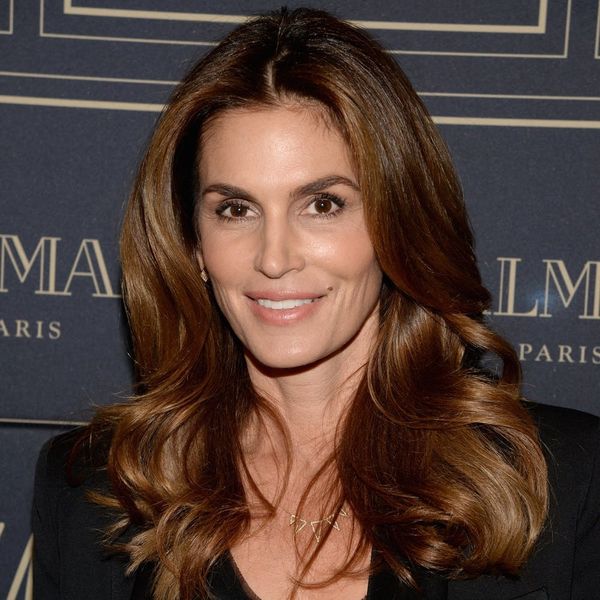 One of the most famous faces in the fashion industry is celebrating her 50th birthday by (*drumroll*) retiring from the biz! After quitting full-time commitments in 2000, Cindy Crawford has now decided to put all modeling behind her for good.

Making the announcement in this month’s issue of United Airlines’ in-flight magazine Hemispheres, Cindy explained, “I’m sure I’ll have my picture taken for 10 more years, but not as a model anymore. And that’s OK.”

Crawford, who turns the big five-0h on the 20th of this month and was first discovered when she was just 16 and working in a corn field in Illinois (seriously!), has worked with almost every major name in the business. She’s walked the runway for Chanel, Versace, Christian Dior, Calvin Klein, Ralph Lauren, Michael Kors and Valentino, while doing print campaigns for Versace, Escada, Revlon, Guess and Ink.

She has also worked for the biggest of brands like Maybelline, Clairol and Pepsi and appeared on the covers of Vogue, W, People, Harper’s Bazaar, Elle, Cosmopolitan and Allure… y’know, just to name a few. Basically, you couldn’t turn your head in the ‘90s without seeing Cindy’s signature sultry smile and perfectly accenting beuty mark.

Even though Cindy may be retiring from the biz, fans can rest assured that her lookalike daughter is taking over the reins. 13-year-old Kaia Gerber is totally and utterly her mom’s mini-me, and although the junior stunner may still be too young to walk the runways, she’s already appeared in print campaigns for Young Versace and JCPenney, plumping up her professional portfolio and prepping us for another generation of that Crawford beauty.

What was your favorite Cindy Crawford modelling moment? Tell us @britandco!