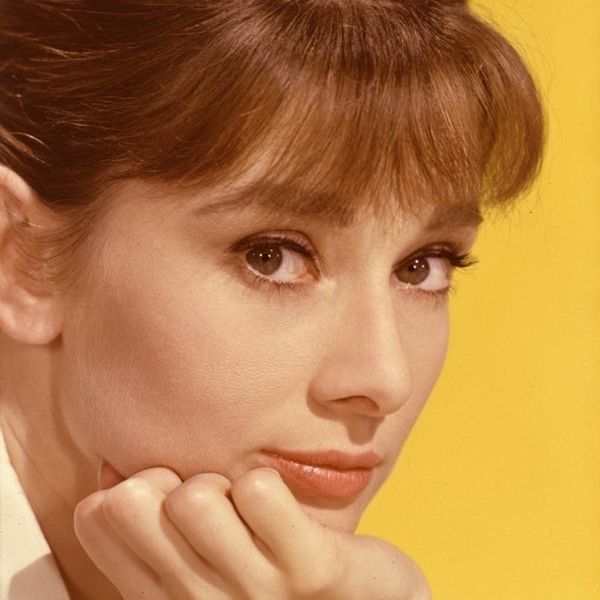 Nothing beats the classics, even when it comes to baby names. Don’t get us wrong — we love a creative name too — but we really love seeing a solid name from yesteryear making a comeback. So if you’re looking for a strong baby name that’s going to stand the test of time, where better to look than the best actors and actresses of all time? Not only were these legends all stealers of the show, but they also have awesome classic names that we want to steal.

1. + 2. Cary Grant: How did one of the top film stars of all time end up with not one, but two perfect Hollywood names? He ditched his given name of Archibald Alexander Leach (probably for the best).

3. Clark (Gable): The trend of interchanging last names and first names isn’t new — this Gone with the Wind actor was called by his grandmother’s maiden name from a young age. It’s one of the top rising classic names this year, BTW.

4. Fred (Astaire): Got some killer dance skillz of your own? Here’s hoping your little boy will inherit them too and be just like Fred.

5. Gregory (Peck): If To Kill a Mockingbird was your favorite book growing up, you can honor Atticus Finch while still choosing a more classic name by opting for Gregory, the Academy Award-winning actor who portrayed him.

6. Harold (Lloyd): When it comes to silent film stars, you might be more familiar with Charlie Chaplin, but if you’re looking to borrow a less popular, old-world name, Harold’s your guy. (Plus, Nameberry points out that Hal is a nice, modern nickname.)

7. Humphrey (Bogart): The name may be old-fashioned, but it actually means “peaceful warrior.” Here’s looking at you, kid.

8. (James) Dean: The odds are high that there’s already a James or two in your family, so adopting Dean as a first name is another way to borrow from this movie icon.

9. Kirk (Douglas): You may have loved Spartacus, but that name is a little too classic. Go for Kirk (or Douglas) instead.

10. Laurence (Olivier): Shakespeare fans don’t need to choose boys names like Mercutio and Shylock in order to honor the bard. Lord Olivier was one of the great Shakespearean actors, sporting a familiar name with a slightly altered spelling.

11. Marlon (Brando): One of the greatest film actors of all time, Marlon (aka The Godfather) was named after his actual father. This slightly unusual name means “little falcon” in French.

12. Montgomery (Clift): He may be little Monty now, but this Norman name means “man power,” so it’s a solid pick for a when he grows up.

13. Orson (Welles): This great Citizen Kane actor and director was known for being a large, formidable man, so you might be surprised to find out that his first name means “bear cub.” Aww!

14. Sidney (Poitier): The female version of this name has been far more popular in recent decades, but any young man should be proud to share a name with this In the Heat of the Night actor.

15. Spencer (Tracy): One of the most highly regarded actors of his time was on-trend with his last name as a first name. You can also use Tracy as a unisex name, although it’s much less common these days.

1. Audrey (Hepburn): We adore this English name, meaning “noble strength,” almost as much as we adore the screen legend.

2. Bette (Davis): If your little lady is born with big, beautiful eyes like this All About Eve star, this could be the perfect vintage name to match.

3. Clara (Bow): Go with this alternative to the more popular name Claire for your little flapper. She’ll share the name with the It Girl of the Roaring ‘20s.

4. Claudette (Colbert): This French actress, who starred alongside Clark Gable in It Happened One Night, has an -ette name that’s going to be far less ubiquitous than Charlotte.

5. Greta (Garbo): The star of both silent and talking films had a name which means “pearl” — the perfect moniker for glam girls everywhere.

6. (Jean) Harlow: Jean has been a super popular middle name for ages, but it’s actually this blonde bombshell’s last name that we’re interested in — so too was Nicole Richie when she named her baby girl Harlow.

8. Joan (Crawford): She was considered the 10th greatest female film star by the American Film Institute, although this has been overshadowed by her private life. Fortunately, since you probably don’t want to admit you borrowed Mommie Dearest’s name, these days it’s more strongly associated with our favorite Mad Men redhead.

9. Judy (Garland): Originally called Frances Ethel Gumm, this Wizard of Oz actress picked a perfectly sweet stage name that will be even sweeter on your baby.

10. Louise (Brooks): Are you rocking a bob these days? It’s this dancer and actress you have to thank for bringing it into fashion. The least you could do is name your first-born child after her ;)

11. Mae (West): If you sense your young one is going to be a bit of a firecracker, she’ll be in excellent company with the likes of this ribald actress, along with one of our contemporary faves, Mae Whitman.

12. Marlene (Dietrich): The German film star popularized this portmanteau when she condensed her given names, Mary + Magdalene.

13. Rita (Hayworth): This is a nickname for Margarita (which is a Spanish name but comes with certain tequila connotations in this day and age). Or you could always go with Gilda, the title role she’s most famous for playing.

14. Shirley (Temple): Once you see your baby’s corkscrew curls and darling dimples, you’ll know this name was meant to be.

15. Vivien (Leigh): Before she was Scarlett O’Hara, she was Vivian with an “A,” but a small typo gave her this less traditional spelling. It made a big difference in terms of name popularity today — while Vivian is #98 for girls names and Vivienne is #249, Vivien is all the way down at #1,118!

What are some of your favorite classic names from the Golden Age of cinema? Let’s hear your legendary picks in the comments!

Molly Griffin
Molly is a writer and editor from Boston who loves traveling, eating and occasionally being a little too candid. She lived in Dublin, Ireland for the last four years but recently moved to San Francisco to escape the rain. Now, she’s on the lookout for a good proper pub.
Celebrity Baby Names
Baby Names
Celebrity Baby Names
More From Baby Names