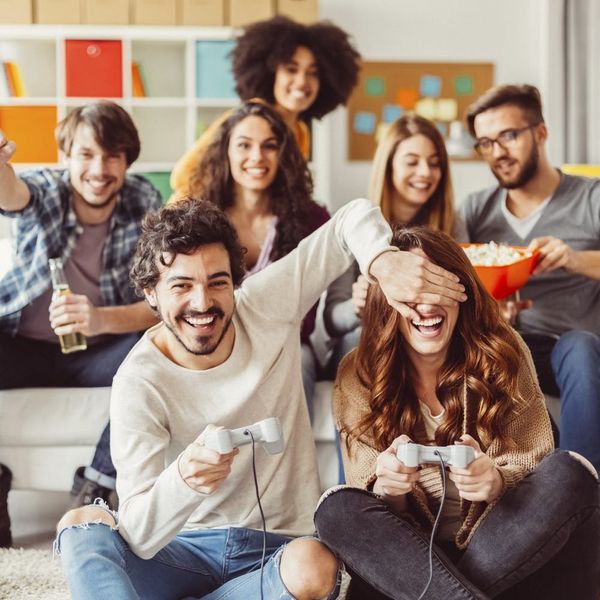 Sure, you occasionally get super mad at your co-workers, but usually, you’re heading out to have a drink together every Friday or planning the next company softball game over lunch (by Amazon food delivery, of course!). A sense of camaraderie with your co-workers helps make your day-to-day work life so much more enjoyable, even if you don’t particularly dig the actual work you’re doing. And now, a recent study suggests that the stronger your social relationships at work, the more healthy you are both psychologically and physiologically.

The study, recently published in the Personality and Social Psychology Review, found that the more closely a person identifies with the people within their company, the more healthy they are and the less likely their chance of getting burnt out on the job.

While this may sound like a major no duh moment, lead researcher Dr. Niklas Steffens from the University of Queensland, Australia says this is actually the “first large-scale analysis showing that organizational identification is related to better health.” The research team analyzed 58 studies that included over 19,000 participants in varying occupations from 15 countries.

And the findings were consistent across every study: Those participants who reported feeling the warm fuzzies toward their co-workers also had better psychological and physiological health than those that did not. The researchers believe that it’s not only the support people get from their work groups that make them healthier but also the sense of purpose people get from being part of a social group.

In a surprising turn, the identification-health relationship was weakest when there were more women than men in the study sample (though the link was still present). Steffens says that, while he can only guess at the reasoning for this finding, he thinks “one of the reasons [is that] that there are still many workplaces that have somewhat ‘masculine’ cultures. This could mean that even when female employees identify with their team or organization, they still feel somewhat more marginal within their team or organization.”

Next, Steffens and his team hope to do a deep dive into this research and explore how leadership plays a role in this identification-health link, as he says “leaders play a key role in shaping a sense of group identity in the workplace,” which leads to better overall health for the entire company. Kind of makes you want to (almost) get back to work now, doesn’t it?!

What sort of support do you get from your amazing co-workers? Tweet us @BritandCo!