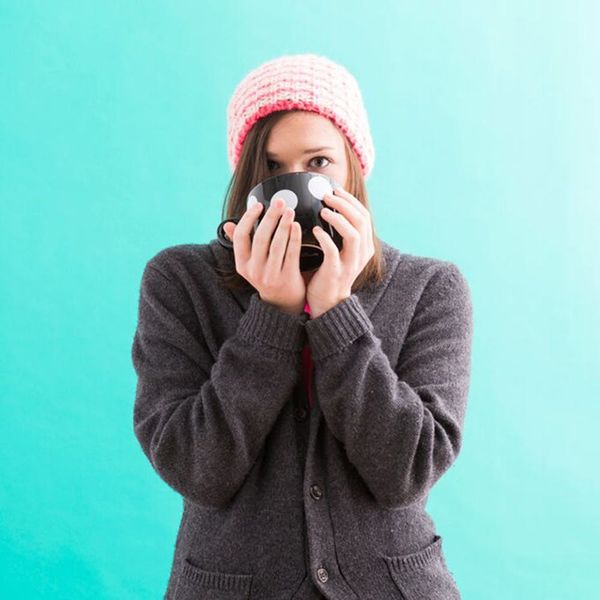 As women in today’s world it can start to seem like we have 99 problems and patriarchy is kind of the root of most of them. It’s hard to be a woman period (see what we did there?) but it’s sometimes harder to be one in the workplace. Some companies and organizations are really doing women a solid lately by extending their maternity leaves, supporting nursing moms and empowering the heck out of female makers. Still, women are still making less on the dollar than most men (in 2015, um, gross) and now there’s another workplace issue to contend with.

A study from the Journal of Nature and Climate Change recently made the case that the reason most offices are so cold is because the standards for office temperature were set in the ’60s. Back then, men accounted for most of the workplace, so the temperature was calibrated with them in mind and kind of never changed.

This study says that companies need to re-examine their temperature presets to be more accommodating to the women who work there. This could also have a positive impact on an office’s carbon footprint. The study’s co-author told The New York Times: “If you have a more accurate view of the thermal demand of the people inside, then you can design the building so that you are wasting a lot less energy, and that means the carbon dioxide emission is less.”

So if you’re cold, urge your office to look into the way they’re cooling the building, because it is NOT just you. Now you have a study to back that up.

How many sweaters are you wearing rn? Tell us in the comments!

Molly Sanchez
Molly Sanchez is a writer, comedian and lover of burritos everywhere. She has written for The Bold Italic, Liquid Bread, Thrillist and HelloGiggles. She devotes her time to Bloody Mary research, exploring San Francisco and promoting wide spread shower beer awareness and appreciation. Find her on Twitter @seriousmolly trying to get famous people to laugh at her jokes or on Instagram @mollyfuckingsanchez where she swears a lot.
Office
Home News
Office work