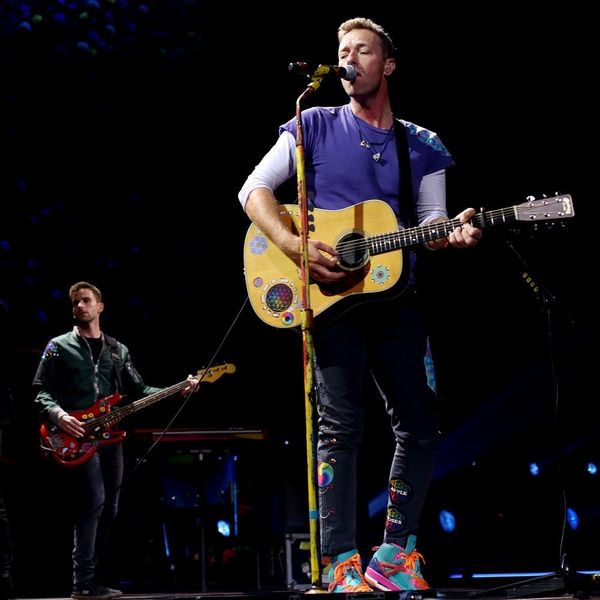 The music world was shocked and saddened by the death of rock icon Tom Petty on Monday. Petty suffered cardiac arrest at his home in Malibu early Monday morning, and passed away later that evening. Condolences from his heartbroken music peers poured in across social media, and at a Portland, Oregon, concert, Coldplay paid tribute with a beautiful cover of Petty’s 1989 hit “Free Fallin’.” They were joined by R.E.M. guitarist Peter Buck.

Following the minute of silence, Peter Buck joined the band for this wonderful rendition of Freefalling by Tom Petty.
R42 pic.twitter.com/KzRMHYGKwS

It was a meaningful moment in an already emotional evening — Coldplay opened their show with a minute of silence for the victims of the Las Vegas concert shooting that has so far left 59 people dead and more than 527 injured. The stadium lights were turned off, leaving the room lit up by only the crowd’s cellphone screens.

This evening's Portland show began with a minute's silence. The entire arena lit only by people's phones.
When words fail, sometimes quiet is the most eloquent.
R42 pic.twitter.com/HvrbO8l56y

“When words fail, sometimes quiet is the most eloquent,” the band tweeted alongside a striking image of the room.

“You were beautiful tonight,” another user responded. “You soothed our souls, helped eased our fears, and helped guide us back to what we know to be true.”

In the wake of the Vegas attack, people around the country have banded together to help: $2 million has already been crowdfunded for relief efforts, and lines to donate blood in the city stretched around multiple blocks. If you’d like more information on how you can help, we’ve compiled some resources here.

Do you have a favorite Tom Petty song? Let us know @BritandCo.